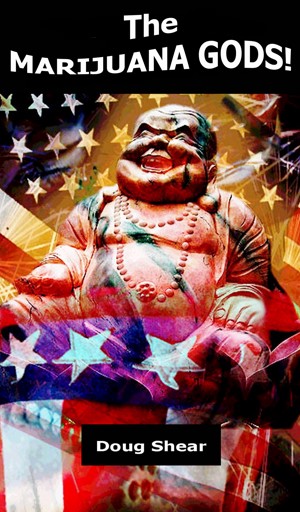 Doug is a 17-year old hippie who sets off hitchhiking with Nixon, his closeted gay, openly black friend.

They leave in search of a mythical, blissful commune, with no money and no map. Just a deep faith in the benevolence of the Marijuana Gods.

Follow his quest for Utopia as he stumbles into the most notorious get-rich-quick scheme of the twentieth century. More
It’s the summer of 1971.

The Vietnam War rages on.

Nixon declares the War on Drugs.

Jim Morrison dies in a bathtub.

But all a nice Jewish boy from Miami wants to do is escape Paradise and find Utopia.

Doug is a 17-year old hippie who sets off hitchhiking with Nixon, his closeted gay, openly black friend. They leave in search of a mythical, blissful commune, with no money and no map. Just a deep faith in the benevolence of the Marijuana Gods.

Join Doug and Nixon on a psychedelic journey of free love and cheap sex, wild dogs and escaped criminals.

Stay with Doug as he joins a busload of Jewish hippies, falls in love, and chugs towards a hidden marijuana plantation to harvest a piece of the American Dream.

Follow his quest for Utopia as he stumbles into the most notorious get-rich-quick scheme of the twentieth century.

With the blessing of the Marijuana Gods, Doug attempts to transform himself from a free-spirited, long-haired hippie into slick, super-salesman.

Instead, he discovers homelessness, alcoholism and a Satanic Cult that believes Jesus is about to forgive Lucifer.

What did you expect from a bunch of Stoned Gods?

This memoir, brought to life though both hypnosis and interviews with the survivors, reveals a unique time in America. With Bologna Jane & Tina the Monkey Girl, Big Arm, Nigga Dog, Redneck Hippies & the Misfits.

It also takes you inside the world of Glenn W. Turner's famous get-rich-quick schemes, where Doug cuts his hair, buys a suite and tie, and learns to sell or perish.

His stint as a pyramid scheme salesman leads him inside the world of panhandling, along with dozens of Disney World rejects.

As he spirals down even further, Doug finds himself sharing a house with a group of Satan-worshiping heroin addicts. The friendly Satan worshipers believe that in the end of time, Jesus will forgive Satan, who will then resume his place as the greatest Angel in all of Heaven. Those who worship him now will be greatly rewarded.

The Marijuana Gods is difficult to believe, but proof exists in the form of letters, objects and historical evidence. Besides, nobody could make this up.

Doug Shear is a writer & performer who lives in Miami Florida in an old house surrounded by trees, plants, birds, lizards, squirrels & the occasional iguana.

His first book, Rhubarb Culture, was one of the first ever published in both paperback and Print on Demand. His first play, Saint Peter at the Gate, was produced in Toronto, Canada & Boca Raton, Florida.

His first wife still puts up with him.

Doug also wrote and performed, "A Loophole in Law of Karma" at the Life Out Loud event in Ybor City, Fl. and "Nitro and Glycerin" at the Actor's Playhouse in Coral Gables, Fl.

To blow off steam, he sometimes performs stand-up at seedy local clubs that he would never visit as a patron. Sometimes the audience loves him. Other times he bombs.

His work has also appeared in the Miami Herald, Miami New Times, and the Mike Shayne Mystery Magazine.

You have subscribed to alerts for Doug Shear.

You have been added to Doug Shear's favorite list.

You can also sign-up to receive email notifications whenever Doug Shear releases a new book.