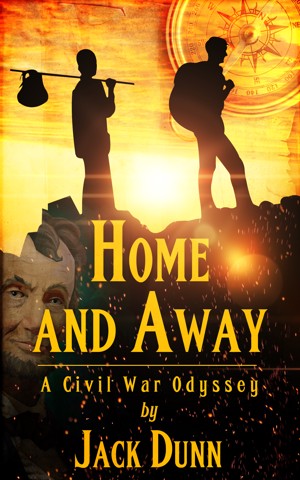 In 1863, sterling louchs, a student at the pennsylvania agricultural college and benjamin taylor, a runaway slave find their journeys intertwined in the days leading up to the battle of gettysburg. Their shared experiences result in sterling reaching his home and benjamin taking first steps towards freedom and a new life. More
In the days leading up to the battle of gettysburg in the civil war two young men find their lives intertwined. sterling louchs a student at the pennsylvania agricultural college is making his way home following the cancellation of classes as a result of the confederate invasion. benjamin taylor flees from his master in west virginia when it is admitted as a free state into the union. For several days they travel together while avoiding confederate troops. Arriving at sterling's home on the eve of the battle of gettysburg they find help in arranging for benjamin's travel to a location far from his previous life of servitude. In the aftermath of the battle sterling is witness to the horror of war. His father's untimely death brings to an end his pursuit of more education and elevates his role to the head of household.
Available ebook formats: epub mobi pdf rtf lrf pdb txt html
First 20% Sample: epub mobi (Kindle) lrf more Online Reader
pdb
Price: $1.99 USD
Buy Add to Library Give as a Gift
How gifting works
Create Widget
Tags: coming of age civil war slavery africanamerican penn state
About Jack Dunn

Reed J. Dunn, Jr. writing as Jack Dunn was born in 1934. He grew up on a farm in rural, southwestern Pennsylvania. His childhood experiences included attending a one-room country school, being engaged in a variety of farm chores and following the military exploits of older cousins. He was educated in the Washington County public schools. He earned Bachelor of Science and Master of Science Degrees in Geography at Penn State University.
His entire professional life was in the field of planning and community development most of which was at the executive management level. His earliest employments were with a consulting engineering firm and state government. From 1965 until 2000 he was the Executive Director of the York County (Pennsylvania) Planning Commission. He was a charter member of both the American Planning Association and the American Institute of Certified Planners and in 1972 was President of the Pennsylvania Planning Association.
During the years that he lived in York he was involved in a variety of civic and quasi-governmental activities that focused on such area as economic development, tourism, community infrastructure and the environment.
His wife of forty-five years, Almeda Engle Dunn, passed away in 2008. A son, Bradley, resides in York. A brother, Daniel, resides in California.
He currently resides in northeastern Pennsylvania with his partner, Naomi Meyer. His leisure time activities include writing and volunteer work. Special interests include genealogy and family histories. 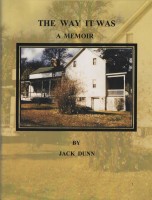 Reviews of Home and Away by Jack Dunn

You have subscribed to alerts for Jack Dunn.

You have been added to Jack Dunn's favorite list.

You can also sign-up to receive email notifications whenever Jack Dunn releases a new book.