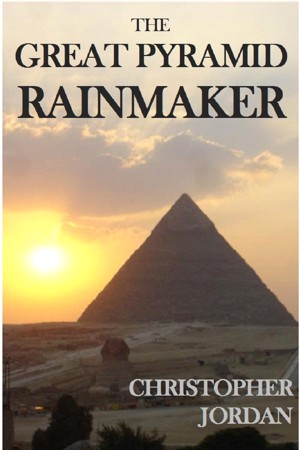 Christopher Jordan was born in London and studied Chemical Physics at Sussex University, under the guidance of Sir Harold Kroto. He played a part in manually analyzing the early data from the microwave telescopes, eventually identifying an alcohol in interstellar gas clouds. These tasks were being automated by computers, which were doing the job better and faster. During a short spell on the accounting ladder, the same was noted within the financial sector. Chris Jordan surfed this wave of computer growth by developing small and large data systems for national food and beverage companies. Eventually, managing a national software department after stints as a programmer, business analyst and project manager.
During this period he became intrigued with some of the unanswered questions surrounding nature’s development process. After many years of study some concepts were crossed over between the computing and biological arenas. This led to some novel computer systems that literally built themselves around the databases to which they were aimed. This software was the center piece of a computer company set up by a few partners and himself. Several papers on systems analysis and design were published during this time in specialist magazines.
Whilst running this company, further research was carried out modeling non-linear reaction diffusion systems on the surfaces of cells and groups of cells. This led to his seminal work on the nature of morphological determination and the role cell adhesion molecules played within the scheme. This in turn led to some unique experiments in the field of developmental biology. The general framework for development was published in Thailand during a three year sabbatical.
The author started visiting the ancient sites of Asia during this period. Whilst he had previously been a visitor to the European and Egyptian sites, the common facets of the cultures began to emerge from all this travel. Despite a two year interlude managing the IT for a global spirits company in ex Eastern bloc countries, the interest in the ancient past continued. Specifically, the desire to make sense of all of these similar religious sites, tools and unexplained curios. Any scientist is taught that it is from the quirky inexplicable areas that new ideas evolve. A simple paradigm that extends further is deemed more elegant than a restrictive complex alternative. This is where the site narrative that makes up the Secrets of the Sun Sects stems from.
This was coupled with the faulty parabolic mirror theories that surround these same cultures. The math that shows how easy it was for the ancient craftsmen to build the mirrors and how powerful they were, was carried out over thirty years ago. Ironically, this was the first thing the author failed to publish as a teenager. At the time, it was just a table, which a child thought was missing from the classroom texts. Fortuitously, it was very useful in proving that spherical surfaces make good Burning Mirrors for all manner of applications. From these two strands the full scope of the use of solar technology in the ancient world was built up. He is currently promoting the use of solar technologies in the developing countries of Asia. 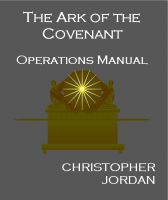 You have subscribed to alerts for Christopher Jordan.

You have been added to Christopher Jordan's favorite list.

You can also sign-up to receive email notifications whenever Christopher Jordan releases a new book.