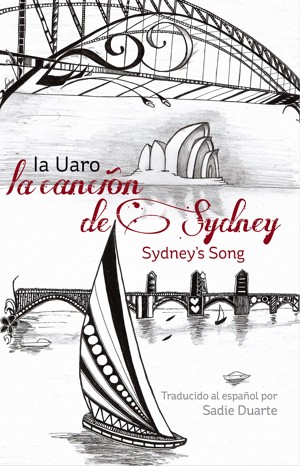 Ia Uaro is an Australian author.

She was born in the beautiful and remote, world's widest tea plantation by Mount Kerinci in Sumatra where her dad was the plantation's accountant, her mum a teacher. Her dad died when Ia was 13, and Ia moved across the ocean.

She proceeded to become the busiest teen ever: playing in a drum band, tutoring maths, learning languages including English as the fifth language, and, at 17, a teen magazine published Ia's first fiction as a serial. Inundated by her fans' letters, the publisher printed it as a book, which was subsequently bought by the Indonesian Department of Education for high-school libraries.

Ia used the proceeds to help fund her university studies, during which time she was active in aero-modelling, martial arts, mountaineering, speleology... and studied petroleum seismology among her music-playing friends. After her graduation Ia worked with French, Norwegian and American geophysical companies, besides being a volunteer translator.

In Sydney since 1995, Ia is a mum who does several kinds of volunteer work for the community, assesses manuscripts, review books, and writes real-life socio-fiction.

You have subscribed to alerts for Ia Uaro.

You have been added to Ia Uaro's favorite list.

You can also sign-up to receive email notifications whenever Ia Uaro releases a new book.