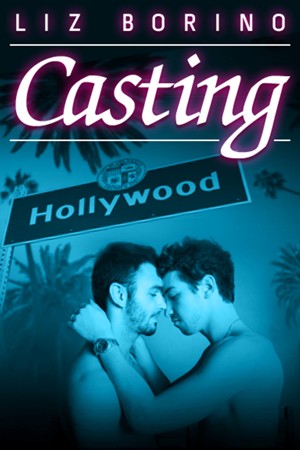 Reviews of Casting by LazyDay Publishing

Really enjoyed this story, I hope I can find the rest of the series for free.

I have not read the series I have only so far read this prequel. Saying that I plan to read the rest. I found this story to be about trust and finding true love. Zack has been hurt in his past and Steve has the kind nature to see past the tabloid stories and the front that Zack puts up. Steve knows that Zack needs love and kindness and someone who believes in him as a person. I smile as I read this story and was happy they found each other. Good Job.

Just a note for the unresolved threads about the produced and the lack of knowledge about Zach's past, this book is a PREQUEL to a series of books that were already written (Action, Cutaway, That's a Wrap), so a lot of what happens in this story has to conform to what was written about in those three books. All the seemingly loose ends are dealt with in the first book, Action, which takes place a few years after this prequel. The Dom/Sub relationship is more developed there as well.

Ms. Borino wrote this because her fans wanted to know how the characters first met. When Zach's past is revealed, Steve taking care of Zach when he was sick, Zach being inexperienced, and his alcohol use and swearing, are all part of the history readers of the series would already know. Anyhow, I like the whole series and am eagerly awaiting the fourth book. It is rewarding to watch their relationship develop and change over time.

I am giving this one 4 stars, but I give the whole series a 5.

Alright story,felt it was just beginning when it ended. Never did find out about Zach's childhood and it seems like a fallout with the producer would have been inevitable but was never addressed. Also Steve isn't as dominant as you would think. Yes, this is explained away as him wanting a relationship built on equality but instead of thinking of him as a Dom I just perceived him as more mature and experienced than Zach.

I liked the story although I felt it dragged quite a bit.

You have subscribed to alerts for LazyDay Publishing.

You have been added to LazyDay Publishing's favorite list.

You can also sign-up to receive email notifications whenever LazyDay Publishing releases a new book.