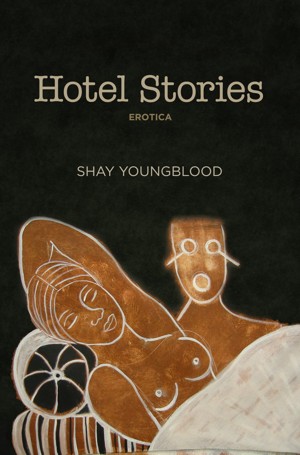 Shay Youngblood is author of the novels Black Girl in Paris, Winter Prophet, a graphic novel, Black Power Barbie and a collection of short fiction, The Big Mama Stories. Her plays, Amazing Grace, Shakin' the Mess Outta Misery, and Talking Bones (Dramatic Publishing Company), have been widely produced. Her other plays include Flying Blind, Square Blues and Communism Killed My Dog. An Edward Albee honoree, and the recipient of numerous grants and awards, including a Pushcart Prize for fiction, a Lorraine Hansberry Playwriting Award, several
NAACP Theater Awards, and an Astraea Writers' Award for fiction, Ms. Youngblood graduated from Clark-Atlanta University and received her MFA in Creative Writing from Brown University. She has worked as a Peace Corps volunteer in the eastern Caribbean, as an au pair, artist's model, and poet's helper in Paris, and as a creative writing instructor in a Rhode Island women's prison. She was a 2011 Japan U.S. Friendship Commission, Creative Artist Fellow. Currently she is a writer in residence at the Dallas Museum of Art.

My art practice includes writing and painting, sometimes I combine the two. Among my creative goals are collaborations with a composer on an opera, an illustrator on a graphic novel and to develop an interdisciplinary work for the theater that integrates video animation."

You have subscribed to alerts for Shay Youngblood.

You have been added to Shay Youngblood's favorite list.

You can also sign-up to receive email notifications whenever Shay Youngblood releases a new book.