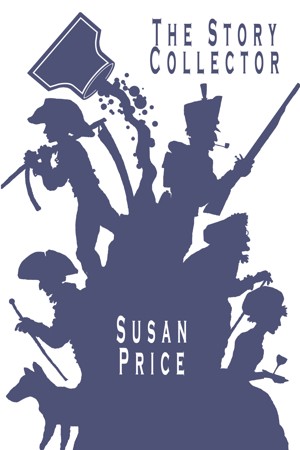 Susan Price was in 1955, in the heartland of the UK’s industrial Midlands, in Brades Row, Oldbury. Her father had been born in the same house. When she was four, her family were relocated to a council house near Dudley, which had a bathroom, running water, electric light and an indoor lavatory!
She grew up in this house, in which every room had overflowing, floor-to-ceiling bookcases, and still books had to be piled on stairs and windowsills As a child she was a voracious reader, and soon discovered a love of myth, legend and folklore which has lasted her whole life.
Her first book, accepted for publication when she was 16, was The Devil's Piper. Since then she has published about 60 books, ranging from nursery tales to 'cross-over' novels for Young and Not-So-Young-Adults.
Among her best known books are The Ghost Drum, for which she won the Carnegie Medal in 1987, and The Sterkarm Handshake, which won her The Guardian Children's Fiction Award in 1997.
She has recently begun to publish her back list as ebooks, for Amazon’s Kindle, and blogs with other independent authors at Authors Electric: Do Authors Dream of Electric Books?

You have subscribed to alerts for Susan Price.

You have been added to Susan Price's favorite list.

You can also sign-up to receive email notifications whenever Susan Price releases a new book.