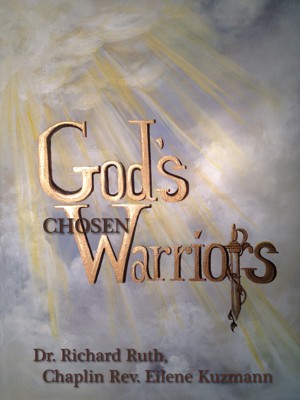 Richard L. Ruth is a semi-retired consulting economist. He earned a doctorate in economics from the University of Wisconsin and taught ten years in colleges and universities in the United States and Canada, ending his full-time academic career as a full-professor and departmental chairman. He then spent five years as a corporate economist in New York City before becoming self-employed as a consulting economist.

Chaplain Reverend Eilene Kuzmann is an ordained Missionary, Prophet, Evangelist, and Chaplain. Out of over four thousand chaplains around the world, including the war zones, she was chosen Chaplain of the Year for the years 2004-2006. She has been around the world twice in almost every country ministering the Word of God. She also sees to the needs of children as CEO, founder, and Chaplain of Global Vision Ministries. She is on the Board of Directors of the Maine Bible Society, and the Medical Committee of the Maine Medical Center for improvement of patient-doctor relationships. Her ministry takes her into hospitals, prisons, churches, and in community affairs. She is very active in her immediate family and extended family affairs.

You have subscribed to alerts for Richard Ruth.

You have been added to Richard Ruth's favorite list.

You can also sign-up to receive email notifications whenever Richard Ruth releases a new book.