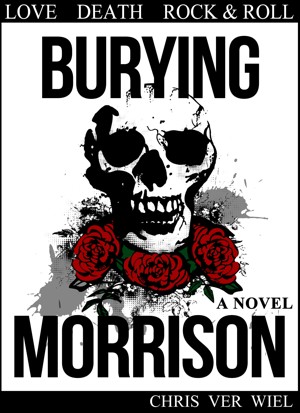 By Chris Ver Wiel
Did the cards lie? At midnight Rock Star Morrison Love would be dead. 12:02am. That’s when they saw him. The god of Love appeared from the void beyond, fired his weapon and Love was no more. Burying Morrison is a story, which straddles the delicate balance between reality and fantasy, life and death, love and pain. It is a story of true love, death and rock and roll.

Chris Ver Wiel is an award winning writer/director with credits including Who Is Cletis Tout (Tim Allen, Christian Slater, Richard Dreyfuss), The Waiting Game, Rockula and In The Blink of an Eye. In February 2013, Mr. Ver Wiel successfully concluded negotiations with Parkway Productions and Penny Marshall (Big, A League of Their Own) for his original screenplay The Belle Star Friendly to be both produced and directed by Ms. Marshall in March 2013.

Mr. Ver Wiel received a Bachelor of Arts degree from the University of Arizona and has lived extensively abroad. He currently makes his home in Marina Del Rey, California.

You have subscribed to alerts for Chris Ver Wiel.

You have been added to Chris Ver Wiel's favorite list.

You can also sign-up to receive email notifications whenever Chris Ver Wiel releases a new book.