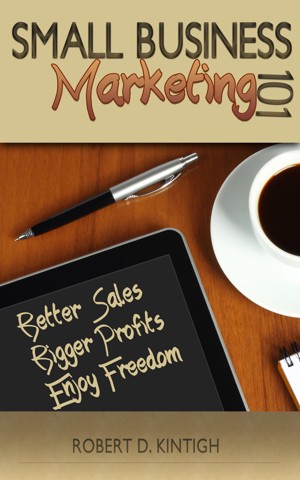 A book written for entrepreneurs that are looking for a guide in business. Everyone needs help but most do not reach out to the small business or entrepreneur. This book is reaching as far for you as possible to help you imagine profits like never before. We want to help you and we have the tools and knowledge to help you go where you desire.

The ideas in this book have taken 22 years to develop and yet it is in your hands for the taking. We take you through real mechanisms to help you and we deliver real education to satisfy your businesses needs.

Deliver your business or your sales career to a whole new level. Everything written in this book is meant to deliver the help and education your business needs. In a short time, you will be ready to celebrate as you breathe a sigh of relief. This book is also written in simple language so that there is no confusion.

I hope you enjoy the information in this book and i hope that it exceeds your expectations. It has been my honor to deliver this information and I hope to hear from you soon that your business or career has reached new heights.

Robert D. Kintigh has not always been an author as he has had several careers prepare him for what has just arrived in the way of this book. Robert has had early success fresh from high school in business as an entrepreneur and in corporate America. Robert attributes his success to his ability to write and his ability to market. Understanding the power of words and a clean marketing message makes his work as an author very powerful.

He started his career writing sales copy for the property management industry. Later, Robert started his own home maintenance company where his writing skills proved to be very beneficial as he created entire programs that brought notoriety to him as he was sought out to do the same for companies all over the industry. His coaching career was also born due to the success he was having in the industry. Not wanting to ever settle for mediocre or status quo, Robert has applied this philosophy to all that he has done and has passed this on to his students over the years. Later in his career, Robert worked for a few organizations writing training programs to help teach employees everything from sales, customer service to health and safety. A burning desire to help people learn and achieve more, he was passionate about what he delivered to thousands of employees.

A thirst for knowledge, Robert has attended seminars and trainings by Tony Robbins, Knock your socks off customer service, Jeffrey Gitomer, Stephen Covey and Dale Carnegie as well as Get Motivated just to name a few. Learning to apply what he has learned. Robert has applied these teachings to many of the writing projects he has been involved in as well as business. Robert’s business and marketing skills not only has been learned in the field, but has also attended college 3 times in his life. From degrees and classes he has taken from Butte College/Chico State, Crowder College and SEMO as well as other classes taken independently. A thirst for learning has always been his focus; Robert understands the value of knowledge and education. Robert’s experience in writing includes blog writing, websites for his own purpose and professionally including ghost writing. Robert also has written press releases for companies, policies and procedures, and various technical writing for training. Robert has successfully written 3 major courses for seminars and dozens of corporate training programs. Robert’s strength in the book he has written comes from his upbringing and challenges he has faced in his life. Robert has received many awards in his life for both business and writing such as business of the year, most inspirational writing, employee of the year, salesperson of the year and dedicated to excellence award.

Born and raised in Downey California, Robert now lives in the mountains of Cool California in Northern California near Sacramento.

You have subscribed to alerts for Robert Kintigh.

You have been added to Robert Kintigh's favorite list.

You can also sign-up to receive email notifications whenever Robert Kintigh releases a new book.