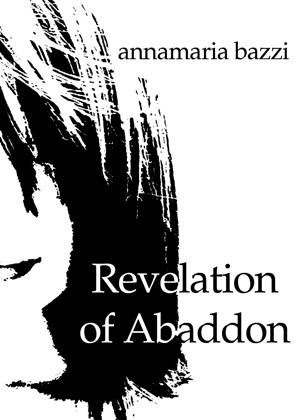 By Annamaria Bazzi
Rated 4.00/5 based on 2 reviews
Freelance programmer, Mia notices two men moving into the house across the street. She’s immediately attracted Andrew. Handsome and charming, he sweeps her off her feet—yet there’s something else about him, too. Whenever she’s close to him, her mind and body crave pain. Confusion overwhelms her senses. Will falling in love with such a strange man be worth it?
Available ebook formats: epub mobi pdf rtf lrf pdb txt html
First 20% Sample: epub mobi (Kindle) lrf more Online Reader
pdb
Price: $0.99 USD
Buy Add to Library Give as a Gift
How gifting works
Create Widget
Tags: romance suspense paranormal abaddon annamariabazzi
About Annamaria Bazzi

Although born in the United States, Annamaria Bazzi spent a great deal of her childhood in Sicily, Italy, in a town called Sciacca. Italian was the language spoken at home. Therefore, she had no problems when she found herself growing up in a strange country.
Upon returning to the states, she swore she would speak without an accent.
She attended Wayne State University in Detroit Michigan, where she obtained her Bachelor of Science in Computers with a minor in Spanish.
Annamaria spent twenty years programming systems for large corporations, creating innovative solution, and addressing customer problems. During those years, she raised four daughters and one husband. Annamaria lives in Richmond Virginia with her small family where she now dedicates a good part of her day writing.

Reviews of Revelation of Abaddon by Annamaria Bazzi

An interesting paranormal romance although a bit on the somber side. This short has an arty feel to it.

Another excellent story from Annamaria Bazzi. Her style is once again fluent and eloquent. One of Ms. Bazzi’s strengths is her ability to create clear pictures in our imaginations through her vivid descriptions. Mia, the main character, is at first just an ordinary woman most of us can relate to, until she falls in love with her new and unusual neighbor. This is a love that takes Mia through a journey of confusion and pain. Although romance is not one of my favored genres, her characters drew me into the story.

You have subscribed to alerts for Annamaria Bazzi.

You have been added to Annamaria Bazzi's favorite list.

You can also sign-up to receive email notifications whenever Annamaria Bazzi releases a new book.