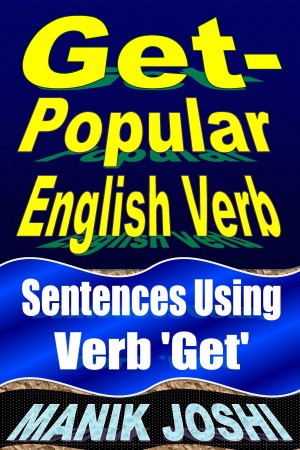 Get is an irregular verb. Its three forms are as follows:

Gotten (past participle form of ‘get’) is generally used in Spoken American English. Gotten is incorrect in British English.

IMPORTANT NOTE:
“Have/has got” is the ‘Present Perfect’ Form of ‘get’. But it is mainly used in the present indefinite (simple) tense. “Have/has got” is generally used with ‘simple present meaning’ to show characteristics, ownership, illnesses, and relationships.
‘Have got’ and ‘has got’ have the same meaning as ‘have’ and ‘has’ respectively. They can be used as present indefinite (simple) tenses.

Also Note: Use of ‘have got’ and ‘has got’ in present perfect tenses:
Pattern: Have/has got + past participle of verb
A project has got stuck. || Many projects have got stuck.

Meanings of Main Verb ‘GET’

MOST COMMON MEANINGS OF “GET” AS A MAIN VERB ARE AS FOLLOWS:
to receive / to obtain or acquire (to gain, attain, achieve something) / to bring / to receive prison term / to receive broadcasts / to buy something / to earn / to receive marks or grade in an exam / to become affected by (a disease or bodily condition) / to be infected with an illness, etc. / to start doing something / to arrive/come/reach / to move to a particular direction or place, etc.

Manik Joshi was born on January 26, 1979 at Ranikhet, a picturesque town in the Kumaon region of the Indian state of Uttarakhand. He is permanent resident of the Sheeshmahal area of Kathgodam located in the city of Haldwani in the Kumaon region of Uttarakhand in India. He completed his schooling in four different schools. He is a science graduate in the ZBC – zoology, botany, and chemistry – subjects. He is also an MBA with a specialization in marketing. Additionally, he holds diplomas in “computer applications”, “multimedia and web-designing”, and “computer hardware and networking”. During his schooldays, he wanted to enter the field of medical science; however, after graduation he shifted his focus to the field of management. After obtaining his MBA, he enrolled in a computer education center; he became so fascinated with working on the computer that he decided to develop his career in this field. Over the following years, he worked at some computer-related full-time jobs. Following that, he became interested in Internet Marketing, particularly in domaining (business of buying and selling domain names), web design (creating websites), and various other online jobs. However, later he shifted his focus solely to self-publishing. Manik is a nature-lover. He has always been fascinated by overcast skies. He is passionate about traveling and enjoys solo-travel most of the time rather than traveling in groups. He is actually quite a loner who prefers to do his own thing. He likes to listen to music, particularly when he is working on the computer. Reading and writing are definitely his favorite pastimes, but he has no interest in sports. Manik has always dreamed of a prosperous life and prefers to live a life of luxury. He has a keen interest in politics because he believes it is politics that decides everything else. He feels a sense of gratification sharing his experiences and knowledge with the outside world. However, he is an introvert by nature and thus gives prominence to only a few people in his personal life. He is not a spiritual man, yet he actively seeks knowledge about the metaphysical world; he is particularly interested in learning about life beyond death. In addition to writing academic/informational text and fictional content, he also maintains a personal diary. He has always had a desire to stand out from the crowd. He does not believe in treading the beaten path and avoids copying someone else’s path to success. Two things he always refrains from are smoking and drinking; he is a teetotaler and very health-conscious. He usually wakes up before the sun rises. He starts his morning with meditation and exercise. Fitness is an integral and indispensable part of his life. He gets energized by solving complex problems. He loves himself the way he is and he loves the way he looks. He doesn’t believe in following fashion trends. He dresses according to what suits him and what he is comfortable in. He believes in taking calculated risks. His philosophy is to expect the best but prepare for the worst. According to him, you can’t succeed if you are unwilling to fail. For Manik, life is about learning from mistakes and figuring out how to move forward.

About the Series: English Daily Use

There are 40 Books in This Series.

Also in Series: English Daily Use

You have subscribed to alerts for Manik Joshi.

You have been added to Manik Joshi's favorite list.

You can also sign-up to receive email notifications whenever Manik Joshi releases a new book.