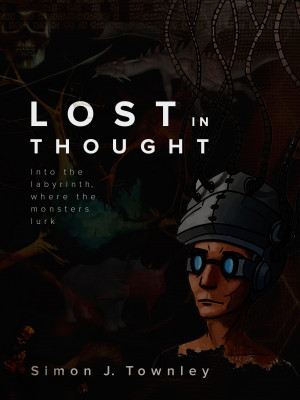 The Brainscape, the ultimate gaming device, creates a world, its people and creatures, from the subconscious of the host mind – from books, movies, memories, dreams and nightmares. The mind-link device is a doorway to the subconscious – but it’s unproven, untested and potentially deadly.

When genius scientist Richard Trescerrick finally finds the algorithm to make his invention safe, he knows it could change the world. But before he can reveal it, a mystery attacker leaves him for dead.

To save his life, solve the crime and recover the formula, a team of police and doctors create a link to Trescerrick’s comatose mind. They enter the Brainscape and take with them Richard’s estranged son Luke – a Cornish surfer, drifter, artist, fisherman, part-time drunk and full-time, devoted dad.

Luke must risk his life and sanity on a mission to wake his father, unmask a killer and expose a deadly conspiracy. But in the labyrinth of the Brainscape, death is real. Enemies lurk behind every memory. Secrets spawn riddles wrapped in metaphor. Stories come alive. And monsters are made flesh.

Part mystery thriller, part psychological thriller, part sci-fi fantasy, it's where Inception meets Alice in Wonderland, with Fight Club and Shutter Island along for the adventure...

Simon Townley is the author of the acclaimed slipstream / speculative novels ‘Lost In Thought’ and ‘Ball Machine’, and has written a range of cross-genre novels for both adults and young adults, including prehistoric fiction series ‘A Tribal Song – Tales of the Koriba’. The first novel in the series, ‘The Dry Lands,’ was published in 2012, with the second, ‘Caves of the Seers,’ scheduled for release in early in 2014. His sci-fi thriller ‘Outlivers,’ again written for both adults and young adults alike, is to be released in Autumn of 2013. This will be followed by the post-global warming, high-seas adventure ‘Among The Wreckage.’
Simon has also written non-fiction, in particular on the subjects of copywriting and search engine optimisation. He studied English literature at the University of York in the UK and has worked as a journalist and copywriter for the past twenty years. He currently lives in Devon, England, with a woman, three cats and two Airedale terriers.
Extended samples of Simon's books (usually the first five chapters) are available on his website at simontownley.com. 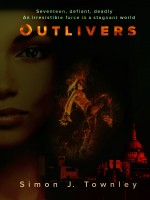 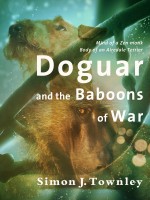 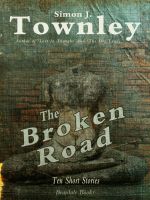 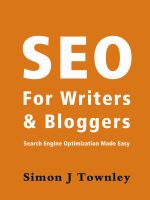 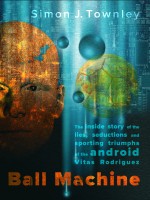 You have subscribed to alerts for Simon J Townley.

You have been added to Simon J Townley's favorite list.

You can also sign-up to receive email notifications whenever Simon J Townley releases a new book.