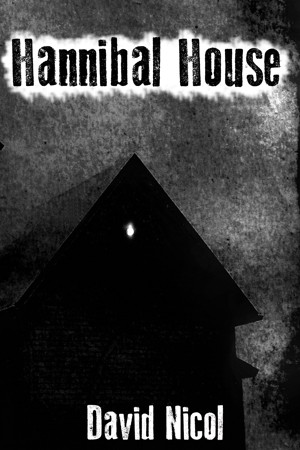 By David Nicol
Rated 4.00/5 based on 1 reviews
Sometimes you don't choose the house, the house chooses you. More
Troy is an American, lost. Lost in many ways and so, after the death of his father, embarks on a voyage of discovery to the land of his ancestors: Wales.

His travels around the country finally lead him to a small village on the West Wales coast. Here he sees a house that enamours him and he endeavours to purchase it.

Although Troy is keen to settle down in the village, the locals are not keen on the idea and try to warn him off. But he has made his choice. Or did the house choose him?

A denizen of the graveyard of ambition striving to re-write my own future. Or, I write fiction if you prefer the straight up version.

Science fiction and horror author of:

'Lament for the Living'
'Hannibal House'
'The Deluge of Elias'

My first comment regarding this book was that I was rather surprised to see it was only 40 pages. I was expecting a longer, full-length type of novel. Not, of course, that I dislike short stories or was anything short of impressed by Hannibal House. It did after all earn 4 out of 5 stars in my book for giving me the creeps even though I read it in the middle of the day, on a treadmill no less. I just had that expectation in the back of my mind that I think threw me off more than anything.

Nevertheless, David Nicol (who I thank for sending me a copy of his story to read and review) does a fantastic job making me just a little more paranoid and jumpy today, even though it's the middle of the day and I know I'm safe.. Everyone knows at least one story like this, where a house is haunted and practically has a mind of its own. I think my first scary house story might have been a Goosebumps novel. In any case, Hannibal House was reminiscent of "The Amityville Horror" in that you never see the monsters or demons or what have you, but you know they're there and watching you. Part of me spent the entirety of my time reading this story shouting out "Get out of there!" at Troy, even though I obviously knew this fictional written character wouldn't respond to my pleas. I like that the subtle clues as to what was happening in the house were so obvious to the reader, yet I'm sure I wouldn't have thought anything of them had I been in Troy's position. I have three favorite events that hint to the dangers lurking in Hannibal House- the pictures Troy took of the house to send to his mother, Gary seeing Troy walking into his pub, and the newly installed television Troy had delivered to his new house. I won't give away what happens, but just know that I really enjoyed these moments in the story.

Like I said, I would have personally liked to see this story last a bit longer (especially after finishing it and knowing how entertained I was the entire time), but David certainly knows how to weave a tale. I really found it interesting how the places mentioned actually do exist, and if I had the money I would love to go visit the famed house myself. Maybe I'll return with my own material for writing a new story...

You have subscribed to alerts for David Nicol.

You have been added to David Nicol's favorite list.

You can also sign-up to receive email notifications whenever David Nicol releases a new book.