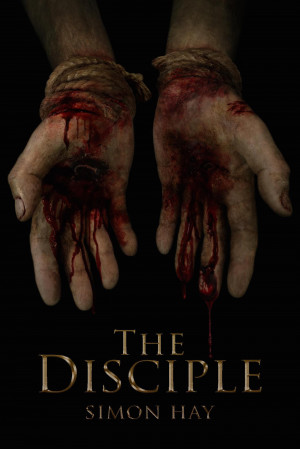 The Disciple is a compelling biography about Jesus’ birth, childhood and death. Simon Hay, after a life-altering encounter with spirit, revisits and remembers his past life as the disciple, Judas, and his role in Jesus’ life. Simon’s story will amaze and challenge 2000 years of belief.
Available ebook formats: epub
Price: $5.99 USD
Buy Add to Library Give as a Gift
How gifting works
Create Widget
Tags: angels memoir jesus spirit medium judas past life metaphyiscal
About Simon Hay

Simon's an accomplished healer, medical intuitive and evidential medium. He intuits accurate information about people and spirit, has performed numerous successful healings, and is well respected in the field of energy healing and alternative health. He travels throughout Australia and the world conducting live events, and doing healings and readings for clients.
Born in New Zealand, he is the son of a carpenter and homemaker. An avid sports fan, Simon played representative rugby as a teen and flourished outdoors. He aspired to be a geologist, archaeologist and sports star, but left school to work on dairy and sheep farms throughout the North Island of New Zealand.
At age twenty-two, Simon relocated to Australia, worked as a plumber and trained in Zen Do Kai karate in his adult life. He holds a second dan black belt, but has since retired.
During a meditation in the summer of 2000, Simon met his spirit guide, Gegu, a Buddhist monk. After this out of body experience, Simon became aware of the presence of angels and spirits around him. At first, they communicated only during meditation, but within months they physically materialised: Jesus, His family, a biblical cast, relatives, and children.
Gegu and Jesus became Simon’s constant companions. They introduced him to Indigenous elders, healers, shamans, monks, spirits, from all cultures and periods of time: a never-ending source of knowledge, energy, and healing skills. It was this that activated Simon’s healing ability.
Simon’s an accredited spiritual healer and Reiki master, but he’s spirit trained not practitioner trained. He earned those accreditations after more than a decade of doing successful healings.
When Simon's home he spends time with his family and pets. He enjoys camping, fishing, watching movies, discovering new authors, and scares easily — a trait family and friends exploit. Dogs and old ladies like him — it’s a mystery.

Reviews of The Disciple by Simon Hay

You have subscribed to alerts for Simon Hay.

You have been added to Simon Hay's favorite list.

You can also sign-up to receive email notifications whenever Simon Hay releases a new book.