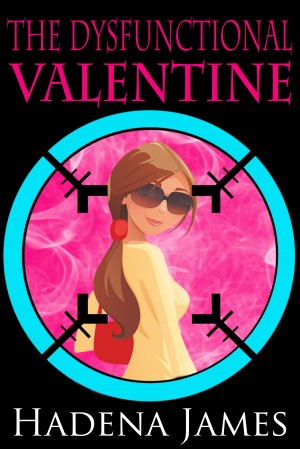 By Hadena James
Nadine Daniels is supposed to get married in one week. However, when her mother and her mother-in-law to be both show up, they bring trouble with them.

As Nadine struggles to get ready for the wedding, she must also figure out who is after them and why. Or else she'll be exchanging her wedding dress for a funeral gown.

Hadena James began writing at the age of eight. As a teenager, she had several short stories published in literary magazines. She completed writing her first novel at the age of 17.
Hadena graduated from the University of Missouri with a degree in European History with minors in German and Russian studies. She has always wanted to be a writer so she also took several classes in creative writing.
Hadena’s primary literary genre is action/thriller. She currently writes two series, both use action/thriller. “The Brenna Strachan Series” uses fantasy and the “Dreams & Reality Series” uses murder mystery as its secondary genre. She continues to explore and expand her writing and hopes to soon produce a comedic action/thriller.
When she isn’t busy writing or running her business, Hadena enjoys playing in a steel-tip dart league. She also loves to travel throughout North America and Europe. Her favorite cities are Chicago, Illinois and Berlin, Germany. She is an avid reader, reading everything from the classics like Jane Austen to modern writers like Terry Pratchett. One of her all-time favorite books is “Good Omens” by Neil Gaimen and Terry Pratchett. She writes all of her books while listening to music and the bands tend to get “honorable mentions” within the pages.
http://www.facebook.com/hadenajames
hadenajames.wordpress.com

Also in Series: The Dysfunctional Chronicles

You have subscribed to alerts for Hadena James.

You have been added to Hadena James's favorite list.

You can also sign-up to receive email notifications whenever Hadena James releases a new book.