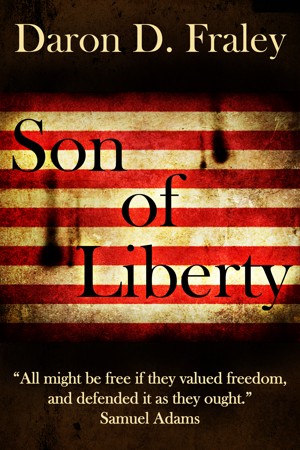 But Alex's dream of family doesn't last. Instead, he finds himself in a society suffering from the aftermath of total collapse, and he realizes that he has to make a choice: Will he choose to protect the liberty and freedom of others, even at the peril of his own life? Or will his own fears and lack of confidence cause him to remain on the sidelines, only to witness the complete and utter destruction of America?

SON OF LIBERTY is a story of post-apocalyptic possibilities. It's a little bit "Prepper". Certainly gun friendly. And absolutely patriotic. Long live the Sons of Liberty!

Daron is the creator of Thirty-Six and author of the first book in the multi-author series by the same name. Originally from Wyoming, Daron has lived in the Midwest and in many towns and cities in the Mountain States region.

Writer by night, Senior Data Center Engineer by day, he has traveled to more than half of the biggest cities in the United States, one of his favorites being Chicago. The architecture, the people, and the regional foods all fascinate him. But his favorite places on earth are those where he can relax, think, and dream.

Not yet an expert world traveler, he has been to France, Switzerland, the Bahamas, St. Thomas, San Juan, Canada, and Mexico. He loves the Caribbean, and wonders how a small-town boy from Wyoming ever got the chance to fall in love with the ocean.

Other published works include Son of Liberty, Promised, The Thorn, and Water and Other Stories. 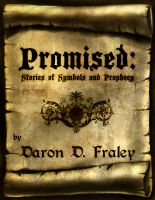 I really wish this story would have been longer! I'm like the child incessantly asking his parents, "Are we there yet?" on long road trips. Well now, as I sit back in my seat and am ready to get this journey started, they inform me that we are already here.... What, Seriously! I don't want to be here, I want to keep going! That is the exact feeling I got after completing this story. I want more!

This story begins with a young man witnessing a brutal act of violence and a burning minivan in the distance. The criminal acts are committed by a gang known as the blockade. As the story progresses you find out that the United States has been bombed and some have been infected with a biological disease known as the plague. The short novella had a "Book of Eli" feel to it. ( A film with Denzel Washington)

The main character, Alex, has a tremendously troublesome childhood, growing up with a foster mom who was on the run and drug him a long with her. When she finally is caught, Alex is placed with a family that is loving, kind and are just overall good people. Alex is very lucky being placed with this family not just because they are good, but he is at the age to learn right and wrong, so they teach him. Throughout the story Alex encounters many obstacles to survive. In the end he finds the importance of having someone to fight with and a cause to fight for.

I believe that there are some great themes and a lot of discussion points throughout this incredibly powerful and patriotic short story. Oh, and the ending.... it's pretty awesome! I highly recommend Son of Liberty!

You have subscribed to alerts for Daron Fraley.

You have been added to Daron Fraley's favorite list.

You can also sign-up to receive email notifications whenever Daron Fraley releases a new book.