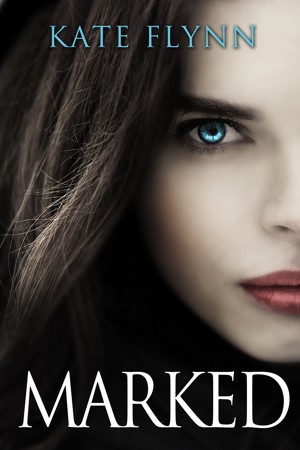 By Kate Flynn
Rated 3.00/5 based on 1 reviews
Bayerly Easton thinks she has a handle on her secrets, she comes face to face with the Nightwatchers and their leader Will for the first time. The last group of supernaturals Bayerly ever wanted to get caught up in. She falls over the edge into Will's world at an alarming rate when she almost died. Secrets have a way of coming out, Bayerly wants to know if she is going to survive.. More
Bayerly Easton has secrets, one her mentor died for to protect her. She leads a controlled life in order to survive. On a whim Bayerly decides to go to the Underground Club in New York, she didn't expect to run into teen Nightwatchers tracking a wayward vampire. This is the closest Bayerly's been to Nightwatchers, warriors tasked with protecting normies from line crossing supernaturals. She meets their leader, hot, caramel haired Will. She is pushed over the edge into Will's world sparking a match to her carefully constructed control when she almost died after an attack by a Gasher. How did she survive the poisonous attack that would have killed the most hardened supernatural? Why is she, a normie, being targeted? The Nightwatchers would like to know. Secrets have a way of coming out, Bayerly would like to know if she is going to survive...

Kate Flynn grew up in Illinois. She now lives in Virginia with her husband and two children. When she's not writing, she spends her time reading, plotting story lines, and exploring the Virginia sights with family.

An alright story, needs some polishing.

Marked tells the story of Bayerly, a girl with a secret that falls in with a group of teens who hunt rogue monsters (otherworlders, like vampires, werewolves, etc.). As stated in the book's description, she falls for the alpha in the group, an egotistical, yet charming boy named Will.

In general, I liked this story for it's action and for the gradual way Bayerly's secret past is revealed. For the action scenes, I almost felt like I was right in there with them, especially in the later fights where hordes of creepy zombie things were after them.

Unlike some stories where the backstory is revealed in a huge chunk at the beginning, the author of Marked reveals Bayerly's past and the origins of her talent in small bits here and there, which, in my case, kept the story interesting and made me want to keep reading to find out more. And, I must say I was surprised by the nature of her origins when they were finally revealed in total. Besides that, both her talent and how she got it are fascinating and unique, and Bayerly herself is one tough and independent girl.

I had no trouble sticking with this book because it flows quickly from one scene to the next, but sometimes things happen a little too quickly or easily. In particular, the dialog seems rushed, certain conclusions seem to be jumped to prematurely, and the attraction between Will and Bayerly seems a bit too instant to be entirely believable.

As for Will, his temper and reactions to any resistance or non-Will oriented behavior from Bayerly made him unlikable at times. He seems alright here and there, but then again it seems like a relationship with him would not be a healthy one. I kept hoping that Bayerly would ditch him for Xander, or just about anyone else, but I don't think she will. The story doesn't seem to be building to a love triangle, which I'm sure some will find refreshing, but I'm just disappointed Will had to be such a jerk. I'm hoping he'll get over himself a bit in the coming books and maybe grow into someone more likeable.

Overall, I kind of liked this story. It's somewhat unique in places while still playing up the otherworldly monster themes popular in today's YA genre. I enjoyed the backstory and the fight scenes the most and think that those who like YA stories with a mysterious and tough heroine will enjoy this story. On the other hand, the story would benefit from some editorial polishing for pace and dialog.

I received a free copy of this book in return for an honest, non-reciprocal review.

You have subscribed to alerts for Kate Flynn.

You have been added to Kate Flynn's favorite list.

You can also sign-up to receive email notifications whenever Kate Flynn releases a new book.