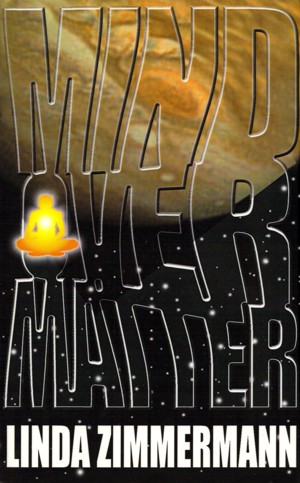 --This fast paced book, set in the near future, revolves around 2 men. Walter Denton has discovered new astounding powers of mind that he claims anyone can have. But he comes to be feared and hated by his boyhood rival, Silas Lindquist, who is now one of the most powerful rulers of the solar system.
Filled with technical marvels of the future (some of which I would like to see, and some of which are a nightmare!) and intelligent and humorous writing, Zimmermann weaves an intriguing story, on one side filled with ambition, lust, pride, and greed, and on the other side virtue, caring, and a determination to free people from the tyranny of the mind that the Monitors exercise over most of the population.

--Action Packed: I really liked the story line and inventive technologies. At every page, I could imagine a movie made from this book with its graphic descriptions. I recommend this book for anyone even mildly interested in space, science fiction, or just a great story!

Earning a B.S. in Chemistry and a Master’s in English Literature made it obvious early on that Linda had wide-ranging interests. After working as a research scientist throughout the 1980s, she decided to pursue her real passion—-writing.
Today, Linda is the author of over 30 books, is a popular speaker, and has made numerous appearances on television and radio. She has received honors and awards for her books on American history, and has lectured at the Smithsonian, West Point, and Gettysburg. Astronomy and the space program are also favorite topics for her books, articles, and lectures. In addition, Linda has appeared at major science fiction conventions for her science fiction and zombie novels, and is internationally known for her &quot;Ghost Investigator&quot; series of books and UFO books and film.

You have subscribed to alerts for Linda Zimmermann.

You have been added to Linda Zimmermann's favorite list.

You can also sign-up to receive email notifications whenever Linda Zimmermann releases a new book.