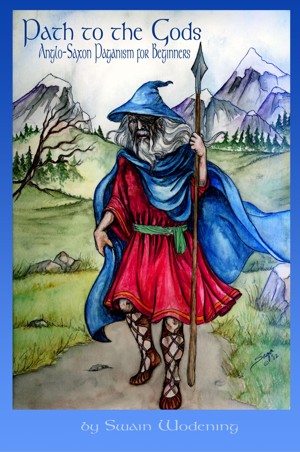 Path to the Gods: Anglo-Saxon Paganism for Beginners

Swain Wódening, one of the founding members of Englatheod and the Ealdriht, started his Heathen life back in 1984 along with his brother. He learned of the AFA the year it disbanded, but in 1989 he learned of and joined the Troth. Shortly thereafter, he learned of Theodism, then solely an Anglo-Saxon phenomena, and joined the Winland Ríce in 1993. He rapidly advanced to the arung of lord by writing articles and attracting new members. In 1996, after several disputes with the leadership, he left to form the Angelseaxisce Ealdriht with Winfred Hodge Rose. The Ealdriht eventually became the Miercinga Theod in an effort to encourage regionalism, and to return to a purer form of Theodish Belief. He led that organization until June, 2006 when he resigned to seek a deeper spirituality. Swain is currently a member of Wednesbury Shire of White Marsh theod.

You have subscribed to alerts for Swain Wodening.

You have been added to Swain Wodening's favorite list.

You can also sign-up to receive email notifications whenever Swain Wodening releases a new book.