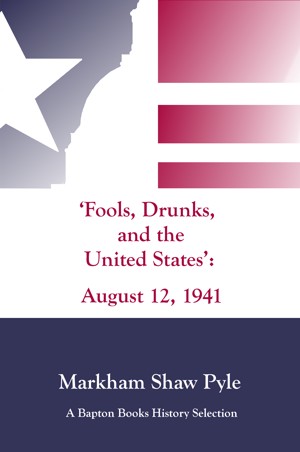 Markham Shaw Pyle's snapshot of America on a day more fateful than any then knew is the story of farmers and big-league ballplayers, spies, editors, whores, Congressmen, housewives, and disgruntled draftees; of events in Europe, massacres in China, and Japanese war plans; and of "Mister Sam," House Speaker Sam Rayburn of Texas, trying to get the draft extension through, come Hell or high water.

You have subscribed to alerts for Markham Pyle.

You have been added to Markham Pyle's favorite list.

You can also sign-up to receive email notifications whenever Markham Pyle releases a new book.