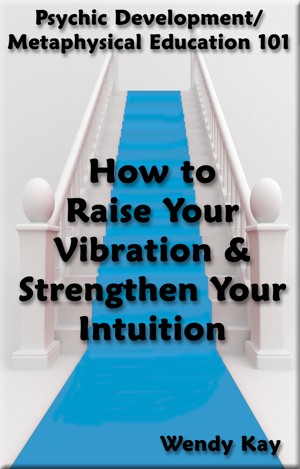 If your intent is to raise your spiritual vibration, then the techniques in this book will work well for you. If your intent is to contact your Spirit Guides, the book "How to Communicate with Those in Spirit"" is what you need as it explains very important techniques that are different from this book. Both books contain some similar information however, the techniques used for each goal is different. This book focuses more on understanding your spiritual vibration and the other book focuses on what you need to know to safely communicate with your Guides and other entities in Spirit.

Wendy Kay has been studying and researching the metaphysical world since 1981. Over the years, she has documented her experiences, which has enabled her to gain a better understanding of the various concepts of spiritual development. She has condensed her years of study into concise information books.

“When I was growing up I had unusual things happen to me at times. I knew things before they would happen and I would sometimes hear people’s thoughts. I got a lot of strange looks when I answered them but they hadn’t said anything out loud. I was obsessed with the television show Bewitched, which I watched every chance I got. I wanted so much to be like Samantha. When I was around 4 or 5 years old I used to watch shows of light in my room before going to sleep. Bears and clowns would do circus acts for my enjoyment. One time, I saw a witch and that frightened me and the shows stopped.”

Some time went by and then in her teens, her abilities started to become evident again. Wendy began doing readings when she was a teen. In her late twenties, she joined a meditation group where she was taught the basics. After 2 years in the group, she felt she had learned what she could from it and then ventured out on her own.
While she continued developing her abilities, she opened a metaphysical store called Spiritually Yours. After 3 years in the store, she decided to write and teach what she had learned to make the path easier for others.

In 1997 Wendy founded Oralin™ Centre (known as Oralin™), a web based site (www.oralin.com) dedicated to helping people develop their Intuition and Inner Guidance abilities. The site is geared to beginners but those who have been walking this type of path for a while will find the information of use.

The path Wendy has traveled to gain all of her knowledge has not been an easy one. All of her writings are based on personal experiences.

There have been many losses and many emotional upheavals as she worked through her life lessons. These experiences have helped to make her stronger spiritually, build her faith and ultimately share her knowledge with others. 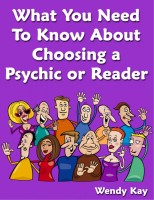 You have subscribed to alerts for Wendy Kay.

You have been added to Wendy Kay's favorite list.

You can also sign-up to receive email notifications whenever Wendy Kay releases a new book.