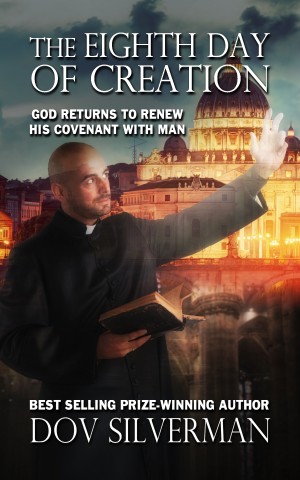 The Eighth Day of Creation

By Dov Silverman
Two men must prove to the world that a mass murderer and schizophrenic is, in fact, God. More
Reverend Smith, they say, is schizophrenic. When he is charged with the mass murder of his Brooklyn congregation, Jobynski and Connors must prove that Smith's alternate personality is God. Together they face the world's religious leaders in three, worldwide TV debates.

But the Vatican and World Council of Churches send hit men to stop them from appearing. Protected by the FBI and guided by God, they are betrayed by religion as a test of faith.

He credits a spiritual meeting with God and a Tzaddik (righteous man), Jules Rubinstein, in the Brentwood (New York) Jewish Center, with setting him on the path of study, religious involvement and settlement in Israel.

You have subscribed to alerts for Dov Silverman.