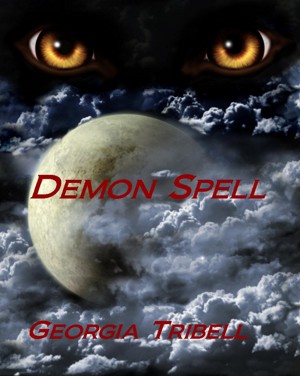 By Georgia Tribell
Rated 3.00/5 based on 1 review
Midnight Goodman is a Demon-Hunter from the parallel world of Torlin. Natalie O'Hara is a weapons developer from Earth. When these two are teamed up to create better and more dependable weapons for use on Earth, against the demon invasion, sparks fly - and not necessarily in a good way.

Enjoy a free short story that gives you a peek into the start of Midnight and Natalie's affair. More
Midnight Goodman is a Demon-Hunter from the parallel world of Torlin. Natalie O'Hara is a weapons developer from Earth. When these two team up to create better and more dependable weapons for use on Earth, against the demon invasion, sparks fly - and not necessarily in a good way. Forced into a situation out of their control they must field test a weapon Natalie feels isn’t ready. What should be a simple night of hunting demons and testing the latest prototype quickly turns into a battle for their lives, with each willing to sacrifice themselves for the other.

I’ve been an avid reader of fiction since I learned there was more out there than the books that were assigned in school. I love to be taken away from reality and shuttled into the future or dropped into the middle of a contemporary adventure, murder mystery and of course a romance.

Story telling has always been in my blood and my head, but it wasn’t until later in life that I started putting those stories on paper. I love our world and the time we live in, even with all the problems, which explains why I normally write contemporary romantic suspense. Recently I stepped out of my box and tried my hand at a futuristic romantic suspense. I must admit that trying something so new was exciting, now we’ll just have to see if any thing comes of it.

I’m a Texan from the top of my head to my feet, but you’ll seldom see me in a cowboy hat or boots. I attended the University of Houston earning a BA in Computer Information System. From there I went to work for a NASA contractor and spent several enjoyable years helping install and test software in the control center. After leaving that position I ventured into the world of contracting, which was exhausting, before landing a job at Enron. I’m sure you know how that ended, so I won’t bore you with the details. Don’t feel sorry for me though, after Enron left me, I took a job that allowed me to spend more time with my family and concentrate more on my writing.

I live in the same town I grew up in with my husband, two boys and two dogs. When I’m not being housekeeper, chauffer, chef, plumber or wife you’ll find me with my laptop typing away and ignoring the mayhem that seems to constantly surround me. 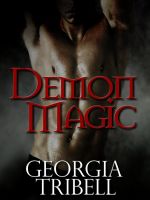 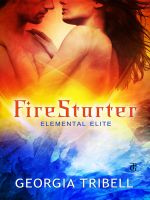 Review
chucklesthescot reviewed on May 25, 2014

I liked this short story. The characters were interesting and there was enough conflict and cooperation between them to make it an interesting working relationship. Midnight tests demon killing weapons despite being part demon himself and when stressed, he struggles to keep that side of him under control. He was an intriguing character that I'd like to read more about and his relationship with Natalie is worth exploring. She is smart and capable but being forced to test a dangerous weapon too early in its development has her fearing for her job.

I liked the whole weapon testing plot complete with the bad guy boss who cares little if his weapon works or not as long as it makes him money, and we had the demon hunting teaser plot as well.

The blurb for book two is a bit vague so I don't know if the same characters are going to be in it or not. I'd be interested in reading it though that horrible cover does not inspire me. Books with half naked men on it make me suspect it is an uber sex no plot book so I'm a bit wary of spending money on it.

You have subscribed to alerts for Georgia Tribell.

You have been added to Georgia Tribell's favorite list.

You can also sign-up to receive email notifications whenever Georgia Tribell releases a new book.