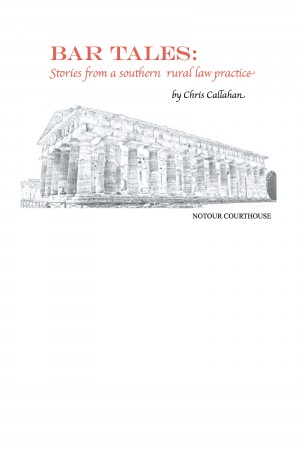 Chris Callahan was born, and lived most of his life, in rural Rutherfordton, North Carolina. Student Body President during the race riots of 1970 at RS Central High, an All Conference football player, Chris was a Morehead Scholar at UNC-Chapel Hill where he also played football his freshman year and later served on the Student Legislature.

A graduate of Wake Forest Law School in 1977, Chris has practiced law exclusively in his home town of Rutherfordton, NC. Ordained in the Charismatic Episcopal Church in November of 2001, he now lives in Swannanoa, NC and is an Elder at First Christian Church (Disciples of Christ) in Black Mountain, which he calls the most "servant oriented and intellectual community of believers he has ever experienced."

Married to Elsie Callahan, he is the father of three sons: Tristan, Joshua and Nicholas; two stepdaughters: Amy Knight and Lesley Gillespie; and one step grandchild, Aurora.

This is one of the funniest things I have read in a very long time. Laughed myself silly.
Having been a paralegal in a rather specialized field for over 20 years I did understand some of the 'lingo'. But you do not need to understand legalese to enjoy this one.
And hats off on your prison ministry.
God bless.

You have subscribed to alerts for Chris Callahan.

You have been added to Chris Callahan's favorite list.

You can also sign-up to receive email notifications whenever Chris Callahan releases a new book.