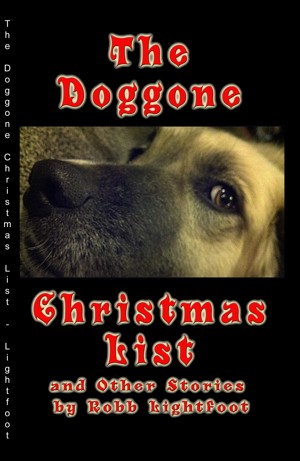 By Robb Lightfoot
Thirteen stories of Christmas gone awry. Why you should never give explosive toys or water pistols to small boys. "Yule Get Rich" with used trees, and getting lost with the new GPS. Family humor from Robb Lightfoot. More
The Lightfoot family is on the road--and lost--again. Join them as they spin tall tales and get pulled over and searched. These 13 stories take a humorous look at holiday travel, gift-giving, and eating fuzzy leftovers. You'll learn you'd better watch out for GPS, it can steer you wrong on the way to Grandma's house. Pointers on fussing and how 'Bama cheats at Yahtzee. Robb reveals his secret, get-rich-quick scheme with a used Christmas-Tree-Farm. The title story is a sentimental piece reflecting on what dogs give us--and what we owe them--during tight times and a trying season.

Robb has enjoyed writing and performing since he was a child, and many of his earliest performances earned him a special recognition-reserved seating in the principal's office at Highland Elementary. His weekly humor column "Or So it Seems™" has been featured in A News Cafe, and his news stories and feature pieces have appeared in The Bakersfield Californian. He's been on stage as an opening stand-up act in Reno, and his writing has been published in the Funny Times. His short stories have won honorable mention in national competitions and his screenplay, "One Little Indian," was a top-ten finalist in a national contest conducted by The Writer's Digest magazine.

Robb is a tenured, full-time communications instructor, and he presently lives, writes and teaches in Northern California. You can contact him in several ways: 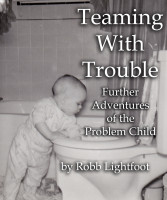 You have subscribed to alerts for Robb Lightfoot.

You have been added to Robb Lightfoot's favorite list.

You can also sign-up to receive email notifications whenever Robb Lightfoot releases a new book.