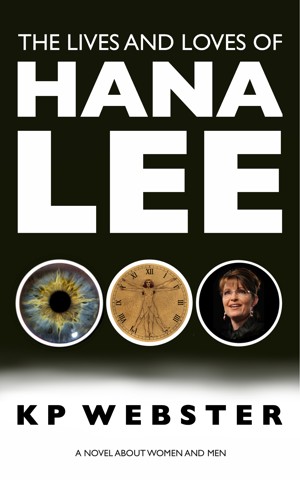 The Lives and Loves of Hana Lee

Rated 5.00/5 based on 1 review
When Lucia agrees to write the biography of Hana Lee - concert pianist, nun, English teacher, sex worker, spy – she has no idea quite how radically her life is about to change. When the two begin a love affair, she learns that pleasure and death are much closer than she'd ever imagined. An extraordinary story of female love, rage and empowerment against the backdrop of 200 years of male prejudice. More
Hana Lee has read more books than any other living person. She speaks nine languages, is fabulously wealthy and – on the downside – has killed somewhere in the region of 250 people. To be fair, however, most of them had it coming.

Concert pianist, nun, English teacher, sex worker, spy – Hana Lee has had such an uncommonly long and varied life that by the summer of 2012, she just wants to get it down on paper and get it over with. In the hope of finding an official biographer, she contacts ex-blogger and failed novelist Lucia Fornaciari and has her believe that she is the reincarnation of a 19th century concert pianist who accidentally killed her husband on the night of their wedding in 1830. In truth, however, Hana Lee's uniquely challenging gift is a great deal more bizarre than mere reincarnation.

Lucia, imagining Hana must be mentally ill, refuses to help her. Instead, feeling confused in a room full of clocks and a chair like an aphrodisiac, she tries to kiss her. It is only when Hana is attacked in south London and her attacker is killed in the process that Lucia agrees to help write the story of Hana's life.

KP Webster has written everything from dictionary definitions to Radio 4 comedy scripts, from translations for Italian cigarette-making machines to underground marketing campaigns. He has also worked as a researcher, an editor, a professional blogger, an actor, a travel writer, a teacher and a landscape gardener, of sorts. He was once fired by Loaded magazine whilst working for a different magazine entirely. He laughs about that.

He wrote the book 'Bête de Jour :: The Intimate Adventures of an Ugly Man' under the name Stan Cattermole and as part of a rather strained publicity campaign, he appeared on Canada AM and GMTV with a paper bag on his head.

His writing has been compared to the work of Kurt Vonnegut, Irvine Welsh, William Leith, Mark Twain and Charles Dickens. He was also once accused of 'hovering somewhere between Dostoevsky, Wodehouse and Adrian Mole'. It is an accusation he vigorously denies.

Wonderful book. Couldn't put it down. You just HAVE to read it.

You have subscribed to alerts for KP Webster.

You have been added to KP Webster's favorite list.

You can also sign-up to receive email notifications whenever KP Webster releases a new book.