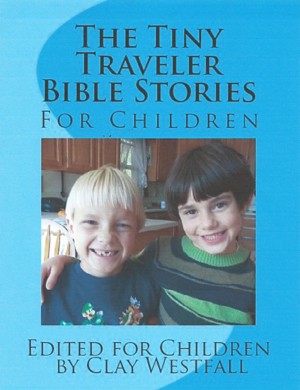 By Clay Westfall
The Tiny Traveler Bible Stories Book was designed to help parents keep their children entertained while traveling. With wholesome bible stories just like the ones you heard when you were a child. Your children will sit for hours as they thumb through stories suitable for children of all ages. You can rest assured and enjoy a peaceful trip for everyone.

Robert Clay Westfall was born an Army brat in Heidelberg Germany. He grew up in the small town of Beulah, Alabama, with his parents and his brothers and sisters. He graduated from high School and joined the Navy in 1983. After a career of submarines, cooking and Police duties, he retired and moved to Atlanta, Georgia. He works from home now, and his wife Olga and he are raising three young sons. Clay has written his Naval autobiography, and several "Tiny Traveler" children's books. He is looking forward to the completion of his new book "490 chances" sometime in the spring of 2014. 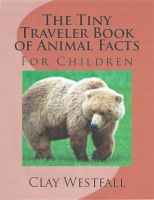 You have subscribed to alerts for Clay Westfall.

You have been added to Clay Westfall's favorite list.

You can also sign-up to receive email notifications whenever Clay Westfall releases a new book.