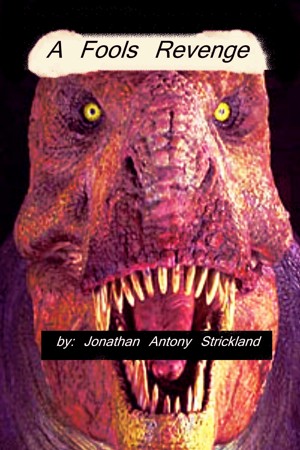 By Jonathan Antony Strickland
Rated 4.00/5 based on 3 reviews
A bitter hate filled wizard seeks revenge against one who has cheated him of his rightful place to rule the city of Lardenmuk.

But the question is how was he cheated? His only clue lies within one unknown word. Maferentuss!

If you read this story, I would very much appreciate a review...be it good or bad! THE CHOICE IS YOURS MORTAL!!! More
A bitter hate filled wizard seeks revenge against one who has cheated him of his rightful place to rule the city of Lardenmuk.

But the question is how was he cheated? His only clue lies within one unknown word. Maferentuss!

Well for starters you can contact me on milthyswinebuckle@gmail.com

My Hobbies:
1_Are you bored. Then do what I do. Take off all your clothes and paint your face and arse bright blue. Then run outside and shout abuse at passers-by... passes the time if nothing else!
2_Managed 18 keepy ups with ye old pigs bladder once....What's that you say? Not that impressive! Well... what I failed to tell you was that the pigs bladder that I did the 18 keepy ups with, was still inside the pig!
3_Not pissing on the evil that is Milthy Swinebuckle, if he were ever to catch fire
4_Scratching my arse!
5_Watching Milthy get his arse kicked by a three legged tortoise...HA !!!
6_Scratching my arse and..oh wait I've already said that! Ah, what the hell. It's a good one so I'll say it again.
7_???? **** ???? with **** then ?*?*!
8_Wondering what I'm doing during hobby seven?

MY most prized possession: Hitler's missing left testicle (NOT FOR SALE).

My most famous quotes:
1_A step in the right direction can still mean the death of an ant!
2_I look down on almost everybody...although come to think about it, it's probably because I do climb a lot of trees!
3_You know that poem "if", what a load of crap. Kipling got it all wrong. What he should have said was "If you can portray the ideas you get to a sober man (no matter how shite though's ideas may be), and keep a straight face. Then you'll be a man MA SON!
4_HMMMMMM........I think I'll eat my socks!
5_MMMMM.......cheese and onion flavour .........NNNNIIIICCCCEEE!!!!
6_Ignore the above quote's and instead just read and live your life by number 7.
7 As far as I'm concerned you should not judge a fellow person on their looks, sex, race or beliefs. There are only two types of people: 1_Everyday ordinary people who just want to get on with their lives and not bother anybody else...2_The preachers, the arseholes and the gobshites, who want to tell you what to do, what you should be doing and how you should be doing it.

My favourite words:...knickers, bra's, boobs, bums, knockers, shit, shite, bollicks, twat, boobs (such a good word it needed to be said twice), gussets, stains, ugabalooga, randy, stodgeflaps, fgkgkujhghrewh, and TURD!!! That's TURD... Got it? No? Then I'll say it again, just in case you missed it...T.U.R.D

My Arch Enemies:
1_Milthy Swinebuckle....Beware he who sneaks, creeps, squawks and chortles. He who goes by many names. Names such as... Archibald Stott, Feagus the mostly squidgy, Terrance the quite nasty tormentor etc... but to me he will always be Milthy Swinebuckle (or if I meet him face to face... ARSEWIPE!)
2_Mr.Hairy Monkfish... Swinebuckle's main henchman (and suspected bumchum)
3_Randy Stodgeflaps... not much to say about this guy except he is one of Swinebuckle's best mates and a bit of a ballbag!

Charity work.....Milthy Swinebuckle has been infected with writers tourettes. Only I can help him. I really hope I don't catch it though, as every few words he writes he can't stop himself writing words like..."KNICKERS" or "ARSE" or some other filth! It takes him a good twenty minutes to write and edit a single sentence. I really "NADS" feel sorry "BOOBS" for the "GUSSETS" poor guy......"B...BB...BBB BOTOMSSS, ARSEHOLES, PANTS,......Oh bugger!"

PS: Does anyone actually read any of this personal information shit? 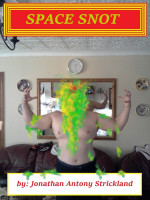 Good tale. A greedy wizard's plan backfires on him.
One correction: "Darafon made a packed..." The word should be "pact."

Overall this is a very enjoyable and imaginative story. It would greatly benefit from a longer treatment, though.

This is another of Jonny Strickland's fantasy tales, set in the same world [I think] as his excellent OF MUSCLE AND MAGIC. This story is much in the same vein, although without the muscle, as Zarkon the Wizard prepares to do magical battle with other wizards and demons in order to secure the top magical position in the district.

I can't think of any other writer with the same style as this author; it's a kind of straight-talking Clark Ashton Smith, a down-the-pub Fritz Leiber. This is a fun easy-going fantasy which follows a theme present in much of Jonny's work; don't trust demons, they're naturally demonic and would just spit in your face if your arse was on fire.

This is a fun little tale - perhaps not as filling as some of his other work - and it has Jonny's lighthearted style all over it. It has a great ending too. A little note - I found this was best to read as a PDF, as the formatting was a bit funny on my Kindle and Android phone.

You have subscribed to alerts for Jonathan Antony Strickland.

You have been added to Jonathan Antony Strickland's favorite list.

You can also sign-up to receive email notifications whenever Jonathan Antony Strickland releases a new book.