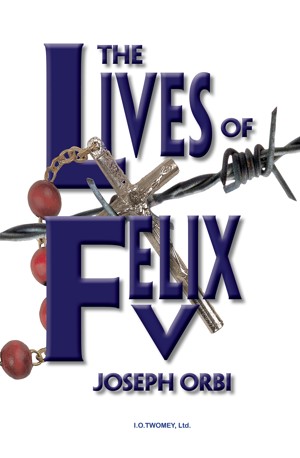 The Lives of Felix V

Someone said once that Joseph Orbi either has led a very interesting life or he suffers from delusions. Truth is, no one else can claim they have played “fetch” with Rin-Tin-Tin, tried to buy the entire Air Force of the Dominican Republic, warned a Department of Defense spokesman against selling F-14 to pre-Islamic Iran, predicted Israel’s raid on Entebbe, met Argentina’s Juan Perón for breakfast, performed as a clown in a circus, worked in Hollywood, was consigliere to an opera company, became a successful advertising executive, and even appeared twice as principal guest in two Phil Donahue shows. It is those eclectic and zany life experiences that have given form to Joseph Orbi’s fascinating and unpredictable writing that somersaults between black comedy, historical drama and political thrillers. Literary works by Joseph Orbi include: Peter’s Choice, Pendejo, Murder A Capella, McQuicker’s Place, The Bet, ¿Por qué se reía la gente?, and Diplo.

The Lives of Felix V by Joseph Orbi
The controversial novel of intrigue and murder in the Vatican. It is more than a novel. It is prophecy. 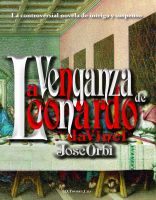 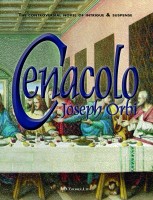 You have subscribed to alerts for Joseph Orbi.

You have been added to Joseph Orbi's favorite list.

You can also sign-up to receive email notifications whenever Joseph Orbi releases a new book.