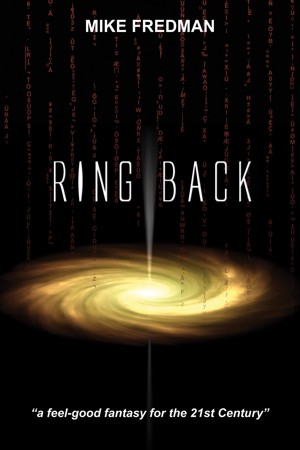 I’ve written all my life, short stories when I was a boy and later a radio play and articles for various magazines. I’ve also worked in advertising as a writer and television producer with amongst others Salman Rushdie and Fay Weldon, for clients like ICI, Shell, Rowntree, American Express (That will do nicely) and Sainsbury’s.

At other times I’ve published and edited magazines – the first for Ascot Racecourse – others for Cheltenham and Aintree. On the book front there are three thrillers featuring Willie Halliday my Buddhist private eye, who’s been likened to Philip Marlowe in some reviews.

I have just launched a new detective Rick Stone who with his two beautiful assistants, Megan and Katelina run the Online Detective Agency, and manage to find plenty of trouble. The book's called "It Leaves A Nasty Stain."

"Ring Back" is a sci-fi romance , the most unusual tale of Frederick and Leila and their big adventure together. You can see a trailer on Youtube

I’ve always liked reading poetry, and two years ago I started writing it.
Late last year I published "Off My Chest’"- poetry for people who don’t ‘do’ poetry. There other books are in preparation, one of them a homage to Bogart & Bergman called, "Casablanca Kiss "

Outside of writing I’m a huge opera fan, a keen gardener, even though I live in Fulham! I’m a member of the MCC, and a season ticket holder at Chelsea where I’ve been a fan for 40 years!

You have subscribed to alerts for Mike Fredman.

You have been added to Mike Fredman's favorite list.

You can also sign-up to receive email notifications whenever Mike Fredman releases a new book.