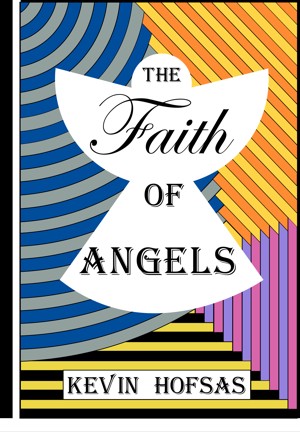 The Faith of Angels

Why do you call it the greatest story begging to be told?
The first 9 or 10 verses of Revelation 20 covers the extent of humanities progress into the future. When you bring to that equation some of the other things God tells us, the solution quickly becomes extremely fascinating.

What kind of things?
For instance, the City of God, called New Jerusalem, which God will bring to earth, is staggeringly tall. Like 1,500 miles tall. That poses a lot of questions. 1% of that City's height is 80,000 feet. If you look out a window at that altitude in the daytime, the sky is black. In other words, practically 99% of that City will sit in outer-space. If you want to split hairs, take it to the height of the X-prize, 100 kilometers. Then still more than 95% of this City sits in outer-space. The question it begs is why? Why would God bring his City to earth where approximately 98% of it will look out on the greater universe? Just to tantalize us? I doubt it. God gave humanity curiosity for a good reason. That God's city will sit mostly in outer space is a positive indicator we will be involved with that greater universe.

Are there other indicators God wants mankind to be involved in the greater universe?
Sure. In Isaiah 45:18, the Lord states he made the heavens, the universe that is, to be inhabited. Combine that with the fact that looking out from about 98% of New Jerusalem, the universe will be visible. Put those two facts together and it's practically a given that Father God will give mankind the keys to the stars.

What do you mean, 'the keys to the stars'?
Giving mankind the keys to the stars simply means Our Father will give mankind the ability to travel into that greater universe. We'll be going to other solar systems via FTL travel because God said in Isaiah 45:18 He made the "heavens" to be inhabited. Since FTL travel is impossible for us, for all intents and purposes it's a foregone conclusion God will provide it. There's an important reason for him to do that, too. During the Millennium Reign of Revelation 20, Christ rules the earth. Verse 8&9 tells of a rebellion against God, while he dwells on earth! That's just preposterous.

Are there other indicators God will upgrade our technology?
Yup. Remember, everything we have invented first came from God. He 'balanced' the laws of nature so that things like steam, electricity, internal combustion, flight . . . everything has been 'aligned' so that we could find and invent these things. With that in mind, what do you think will happen during the Millennium Reign, as all nations bring their offerings to Jerusalem? Can you picture diesel-electric locomotives belching fumes hauling freight into Jerusalem, while Christ reigns on the throne there? I can't. That's preposterous too. The God that created our bodies out of cells so intricate that one-trillion irreducibly complex machines make up every cell in our bodies . . . he will also upgrade our technology. You can bet on it.

Sounds like there's more to come.
A lot more. Humanity will be launched into the greater universe by the technology Christ brings when he returns. You can count on it. That's book 2. 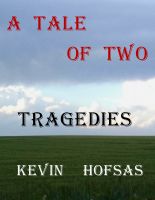 You have subscribed to alerts for Kevin Hofsas.

You have been added to Kevin Hofsas's favorite list.

You can also sign-up to receive email notifications whenever Kevin Hofsas releases a new book.