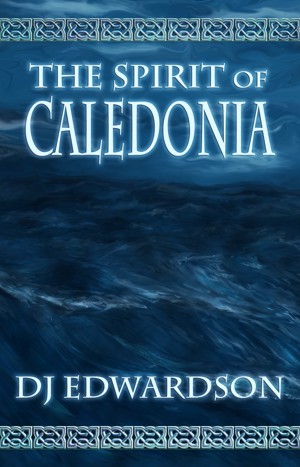 The Spirit of Caledonia

By DJ Edwardson
Rated 4.00/5 based on 1 reviews
With her husband lost at sea, Shelia's faith is all she has to cling to in their little home of Caledonia. Deep inside she prays that somehow she will see him again, that the sea will bring back what it took from her long ago. But when her prayers are answered, it's not at all what she expected. More
Sheila's life seems stuck in the past. Her husband was lost at sea years ago but she holds on, despite her bitterness, clinging to her faith and praying beyond hope that one day she'll see him again. But no one is more shocked than her when her prayers are answered, for it's not at all what she expected.

DJ Edwardson always wanted to invent the hovercraft. Not some floaty balloon contraption, but the real McCoy, with levitation and jump jets and cool track lights down the side just because. But he found that not being a scientist or an inventor or a multi-billion dollar venture capitalist put a bit of a damper on that career path so he settled for the next best thing, writing fiction.

But he doesn't just write about exotic gadgets. He's invented all sorts of things that will probably never make it out of that “what if” stage, at least not in his lifetime. He also writes about things that aren't “things” at all, like friendship, courage, love, and faith. And those are even more exciting than hovercraft.

A book exciting, intelligent and very tender. Well-developed characters. Too bad it short, I think the author should write an extended version.

You have subscribed to alerts for DJ Edwardson.

You have been added to DJ Edwardson's favorite list.

You can also sign-up to receive email notifications whenever DJ Edwardson releases a new book.