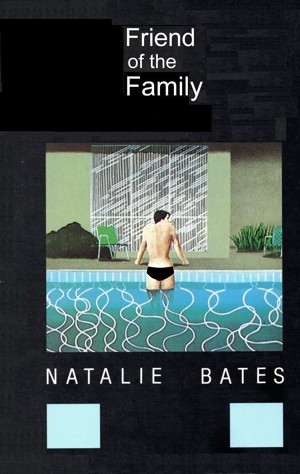 Friend of the Family

Tender, moving, compassionate and wise, Friend of the Family is a rare work of fiction that sensitively portrays the full range of a woman's reactions to the discovery that her husband has a secret love-life. As Annie's initial horror gives way to an obsessive need to feel part of that life, and then to feelings of jealousy and rage that are more than she can bear, the reader comes face to face with hard truths about the exigencies of loyalty, love, and trust.

Annie's increasingly desperate efforts to make an intolerable situation seem bearable--even when it puts her at enormous risk--propel her into a strange and wondrous odyssey of self-exploration and self-deception. A cathartic and curative novel for anyone who has ever fallen prey to the emotional espionage that so often underlies the affairs of the heart, Friend of the Family is an unforgettable portrait of resilience, recovery and redemption.

After a successful career in stage and film acting, Natalie Bates turned to writing in 1988 and saw her first novel, Friend Of The Family published by Athenaeum, to excellent reviews in the US and Europe. Besides her various fiction projects, since then she has authored or edited several non-fiction books, including the Nautilus Award-winning collection of Daisaku Ikeda’s essays, For the Sake of Peace, five children’s books including, The ABC’s of Buddhism (Middle Way Press), and a ghostwritten biography of a television celebrity, Don’t Look Back We’re Not Going That Way. Teaching workshops privately and for institutions such as the Center for Creative Youth at Wesleyan University, she has assisted several aspiring authors to publish their own stories and novels . In addition, she has written several one- and two-act plays including These Things Happen, The Hannukah Game, Miracle on I-84, The Best of Friends, Always, and Overnight.

You have subscribed to alerts for Natalie Bates.

You have been added to Natalie Bates's favorite list.

You can also sign-up to receive email notifications whenever Natalie Bates releases a new book.