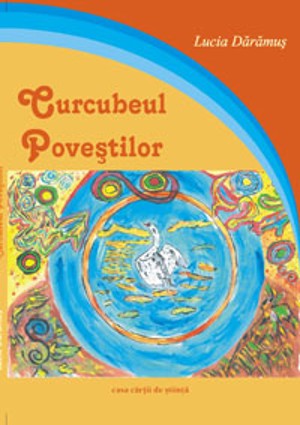 By Lucia Daramus
The Maize’s Hair Little Girl
Once upon a time, when the pies baked on the trees and the sweets flew at the windows of girls and boys, in a miserly cottage, on the peak of an old hill with red boots, lived an old woman together with an old man. They were so old that the sun and the moon did not know exactly how old are they.
..............................................
Available ebook formats: pdf
Price: $3.00 USD
Buy Add to Library Give as a Gift
How gifting works
Create Widget
About Lucia Daramus

Lucia Daramus is member of Writers Union of Romania

April 1994 – 2nd Prize for A Philological Study on St. Paul’s Letters
April 1996 – 2nd Prize for A Comparative Study on religious elements in The Persions and the Old Testament, under the guidance of Professor Michail Nasta, Ph.D.
April 1997 – 3nd Prize for A Philological Study on the Books of the New Testament
October 1999 ( The National Student Symposium Lucian Blaga) – Special Prize for methodologic accuracy, for Culture and Philosophy in Blaga’s Thinking
October 2003 - Recognition in the 20th Avantgarde National Poetry Contest, nominated for the best debut book of the year
December 2003 - Awarded the Etno-Poesia Prize
August, 2005 - Awarded the National Fiction Prize
April 2007 - Awarded the Romanian-Canadian Prize "Ronald Gasparik"

Reviews of The Rainbow by Lucia Daramus

You have subscribed to alerts for Lucia Daramus.

You have been added to Lucia Daramus's favorite list.

You can also sign-up to receive email notifications whenever Lucia Daramus releases a new book.