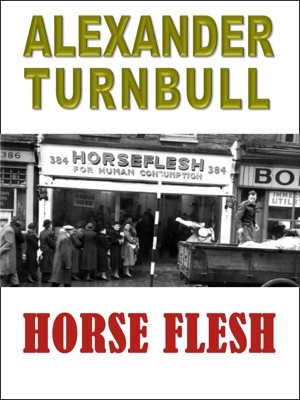 By Alexander Turnbull
No one would have believed that the end of the world would come in burgers. It's only horse meat, after all. But which horses, that's the question Craig Kennedy has to answer before it's too late. Mild horror.
Download: epub mobi (Kindle) pdf more Online Reader
rtf lrf pdb txt
Price: Free! USD
Add to Library
Create Widget
Tags: unexpected stephen king twist horsemeat
About Alexander Turnbull

Alexander Turnbull started writing at the age of 36 after finally figuring out he wasn’t an accountant.

His writing career started when he constructed a James Bond novel, ‘The Ghost of a Chance’, which got good reviews on the website ‘FanFiction’ but a threat of legal action from the Bond publishers.

A series of Stephen King inspired tales of the supernatural followed beginning with ‘The Journal’ and continuing with ‘Scraps’ and ‘The Laughing Man’. Thirteen of the best were collected together in the anthology ‘It’s Later Than You Think’.

His first original novel ‘Better Out Than In’ has just been published and features a partly autobiographical character that can’t get ideas out of his head fast enough. His next novel, ‘The Horologist will be published next year.

Alexander Turnbull lives in Northumberland with his family. 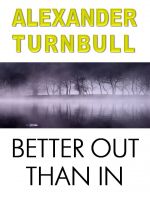 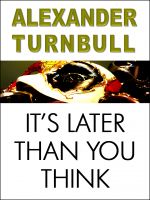 You have subscribed to alerts for Alexander Turnbull.

You have been added to Alexander Turnbull's favorite list.

You can also sign-up to receive email notifications whenever Alexander Turnbull releases a new book.