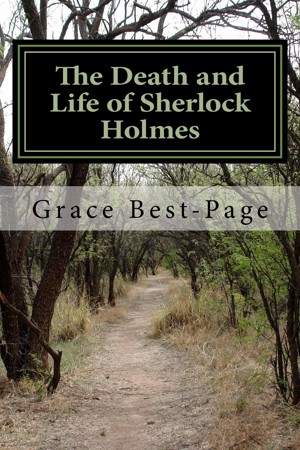 The Death and Life of Sherlock Holmes

I believe in the saying, "Not all who wander are lost." Born in Seattle, I moved with my family many times before we settled in Indianapolis, and after graduating from Wheaton College near Chicago with a teaching degree in physical education, I continued my peripatetic lifestyle. First came five years in the Black Forest of Germany as a dorm assistant in a Canadian boarding school, followed by working as a learning disabilities therapist in Indpls. Working as a nanny in NYC came next, succeeded by two winters in St. Thomas, USVI. Then began a stretch in retail and restaurant work in Indpls., Gatlinburg, TN, and Littleton, NH, and finally, my musician husband, James Page, and I discovered Buena Vista in 2007, where we enjoy the mountain views and friendly people.

Over the years, I have traveled extensively, including visiting Japan, Lebanon, and much of the US and Europe. Here in Buena Vista, I worked at the Ark-Valley Humane Society before becoming a free-lance pet and house sitter. Always interested in volunteer work and intellectual stimulation, I volunteer with the Boys and Girls Club, work as a stringer for the local paper, serve as the vice-president of my home owner's association, and have published a novel, "The Death and Life of Sherlock Holmes", under the pen name Grace Best-Page. Additionally, I'm the vice-president of my sister's business BEST Products, Inc., maker of the Original FidoRido Pet Car Seat.

My goodness, that all sounds rather formal and bland, so to spice it up, I have also worked in the art department of an independent film, found the body of a murder victim, once received a personal and handwritten reply from Dr. Oliver Sacks, helped move 38 cats and 7 dogs to FL, stood at the foot of Mt. Fuji without actually seeing it, and speak fluent Klingon. Only one of those things isn't true. Hint-it's the last one.

One last thing for the curious – we have no children, except for the four-legged kind (one dog and one cat).

You have subscribed to alerts for Grace Best-Page.

You have been added to Grace Best-Page's favorite list.

You can also sign-up to receive email notifications whenever Grace Best-Page releases a new book.