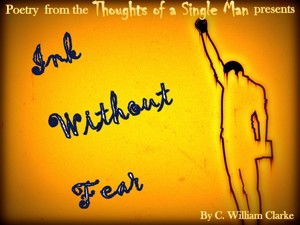 The author C. William Clarke known on Facebook as Flowetic Justice has been working with his imagination since he was a teen. He began writing and illustrating his own original comic book stories at the age of thirteen. He dabbled in poetry a bit at fourteen but those few scripts evolved into rap. He began exploring the world of hip hop at fifteen. He has opened for legendary rap acts such as Grandmaster Flash and the Furious Five , Dougie Fresh and Slick Rick , and L.L. Cool J
.He took a break from this while he majored in Psychology at New York University where he earned his degree . It was there that he learned due to his essays and talks with his professors that he had a knack for writing He then spent several years working in the mental health field as a drug and alcohol counselor and a clinical therapist. Due to a near fatal car accident,personal hardships, and emotional struggles he begin to write what he was feeling as a coping mechanism.He wrote his first public poem on Facebook in December 20`10 and has never stopped. He also picked back up where he left off on his musical endeavors.. He has worked with producers over seas as well as in the states under the name The L.E.J..He also released a well received rap album in 2009 entitled "Time to Blow" .
In 2010 and has won the Blood Sweat and Tears poetry slam and began to concentrate on writing his first poetry book. .Since then he has published six books "Thoughts of a Single Man-100 poems on 100 days" and "Thoughts of a Single Man Vol. 2 Poetry for the Grown and Sexy, The Erotica Files", " Love Letters", "Confessions of the Pen", " Ink Without Fear" and a man's mental health guide called" After She Leaves -A healing guide for the suddenly single male." all of which are available https://www.smashwords.com/profile/view/Flowetic . He was also featured in a poetry collaboration, a individual poem, and a short erotic story in the book"Hot Summer Nights" available through sharesnack.com. He also won the infamous blog radio Poetry After Dark's " Battle of the Metaphors" in December 2012. He released his second and third rap Cd's in 2013 "Wanted for Spitting in the Streets" and " The City is Mine" , In 2014 he was featured in the P..O.E.T anthology, and was one of the four featured poets profiled in Inner Child's year end review poetry compilation " The Year of the Poet." as well as becoming a internet show radio host on the P.O.E.T. talk shoe network.This year he was also featured in Inner Child's latest compilation " Black Males.". He will also be releasing his first poetry /musical Cd this year excepts of which can be found at https://soundcloud.com/thoughts-of-a-single-man He completed a graphic novel which he is also illustrated this past fall called " Redemption Alley" which should be available on Amazon by this summer as well. He has also just released an epic compilation of his poetry entitled "Emotions in Ink " , which is compromised of five chapters of five different styles of his original poetry,which should be available on Amazon and is currently available here. Most recently he has become a senior executive producer as well as a radio talk show host on the APRI network working alongside blog radio personality Kiler Davenport. He is now working with the acclaimed One Positive Way Radio network as a poetry and talk show host.Find him on Facebook at http://www.facebook.com/justice.clarke.5 and become lost in the endless rivers that flow from Justice Clarke also known as the "Thoughts of a Single Man". .. 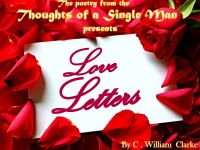 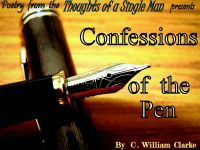 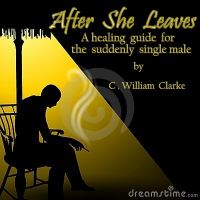 You have subscribed to alerts for C. William Clarke.

You have been added to C. William Clarke's favorite list.

You can also sign-up to receive email notifications whenever C. William Clarke releases a new book.