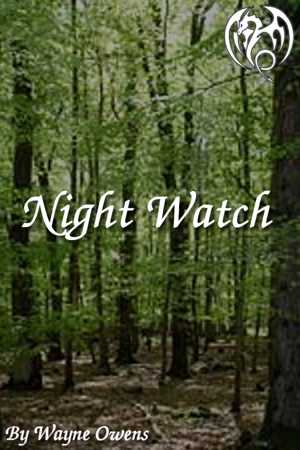 It's a tale of a lone sentry out on guard duty in the dark woods, In his own words you experience his night, his fears, his hopes, and finally, his......

This is where Night Watch is different from most stories, it draws you in and lets you decide just what actual happened that night.

Wayne Owens was born and raised in the mountains of North Wales. After school he trained to become a highly qualified Electrician, a career he gave up after gaining his Degree in Electrical & Electronic Engineering to become an IT specialist working for an ISP.

When asked about his career change Wayne normally replies with "Hey, Working as an Electrician is a lot harder and dirtier than playing on the Internet for a living." Who can say if he is correct or not.

Wayne has been an online Blogger since the early 90's, writing for his own site and several community sites. In 1994 he wrote the world famous "Insanity Test". After years writing short stories, and taking part in NaNoWriMo to entertain himself, Wayne published his first Short Story "Night Watch" in 2012, followed up by more works in 2013.

You have subscribed to alerts for Wayne Owens.

You have been added to Wayne Owens's favorite list.

You can also sign-up to receive email notifications whenever Wayne Owens releases a new book.