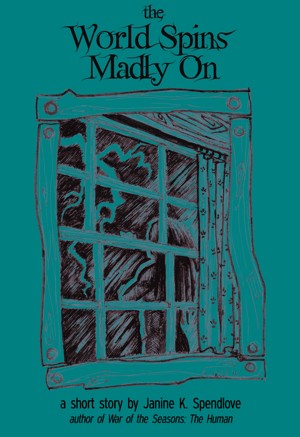 Songs of the Seasons, Song Three: The World Spins Madly On

Janine K. Spendlove is a KC-130 pilot in the United States Marine Corps. In the Science Fiction and Fantasy World she is primarily known for her best-selling trilogy, War of the Seasons. She has several short stories published in various speculative fiction anthologies, to include Time Traveled Tales, Athena's Daughters, and War Stories. Janine is also a member of Women in Aerospace (WIA), BroadUniverse, and is a co-founder of GeekGirlsRun, a community for geek girls (and guys) who just want to run, share, have fun, and encourage each other. A graduate of Brigham Young University, Janine loves pugs, enjoys knitting, making costumes, playing Beatles tunes on her guitar, and spending time with her family. She resides with her husband and daughter in Eastern North Carolina. She is currently at work on her next novel. Find out more at JanineSpendlove.com.

You have subscribed to alerts for Janine Spendlove.

You have been added to Janine Spendlove's favorite list.

You can also sign-up to receive email notifications whenever Janine Spendlove releases a new book.