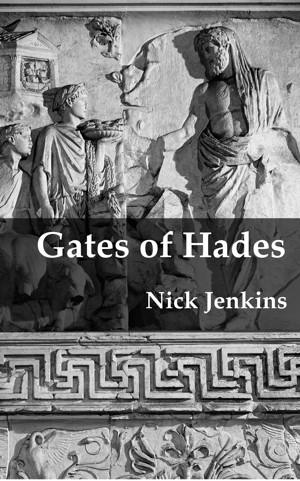 The Gates of Hades

Meanwhile Yossarian's brother, Marcos, plots to overthrow him and seize the throne of Sardis for himself. As Yossarian ventures through the desert, searching for the oasis of the Virgin's Tears and the entrance to Hades, Marcos assassins catch up with him and Yossarian faces battles in both the world of the living and the world of the dead.

Nick was born two years after Neil Armstrong walked on the moon. He lived through the birth of the Web and the death of Communism.
He grew up in Perth, Western Australia on the shores of the Swan River and spent his childhood frolicking with kangaroos and wombats in the bush.

At one time he wanted to be the world's greatest programmer but succumbed to the dark side and became a manager instead. He worked around the world for IT firms in Sydney, London, Boston & Prague before he scurried home.

Now he is a writer, photographer and management consultant. He lives in Perth with his wife Veronika and son Henry in a house that he designed for them.

You have subscribed to alerts for Nick Jenkins.

You have been added to Nick Jenkins's favorite list.

You can also sign-up to receive email notifications whenever Nick Jenkins releases a new book.