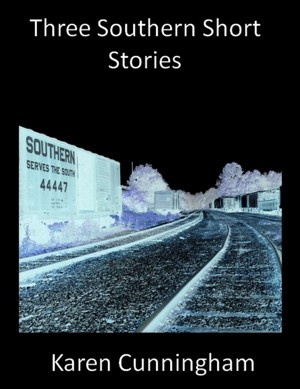 After listening to stories swirl around in her head for years, Karen Cunningham attended Murder in the Magic City Mystery Conference, in Birmingham, Alabama, and decided to start writing them down. She joined Sisters in Crime and soon became a member of the Southern Sisters writing critique group. She has also attended the North Carolina Writers Workshop and Killer Nashville Writers Conference.

Karen has been an active part of Celtic culture since 1982. She taught Scottish dance for many years, earning a Full Certificate from The Royal Scottish Country Dance Society of Edinburgh, Scotland. In 1997 she also started teaching Irish Step Dance and co-founded the Birmingham School of Celtic Arts in 1998, where she acted as instructor and choreographer. Karen has also played the Irish drum in two regional Irish bands and is a regular at the local Celtic music sessions, where she mostly plays drum, but fiddles around on the easy tunes.

Karen and her husband, Rick, currently live in Hoover, Alabama, where she drives a school bus full of middle school students to and from school every day.

You have subscribed to alerts for Karen Cunningham.

You have been added to Karen Cunningham's favorite list.

You can also sign-up to receive email notifications whenever Karen Cunningham releases a new book.