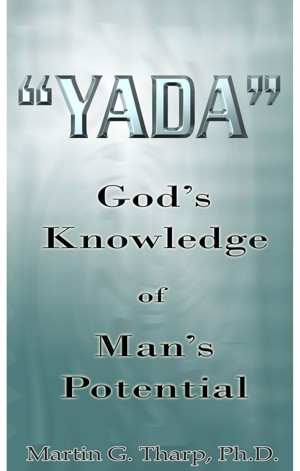 By Dr. Martin G Tharp PhD
Have you ever had a present under your Christmas tree, beautifully wrapped with your name written on it? Were you smart enough to open the package? This is precisely predestination! God has a package with your name on it, and it's up to you to open it. Join me in discovering your true ability, not according to your past or present, but according to God's knowledge of your potential!

Dr. Martin Tharp has been an avid student of the Bible for many years and holds a Bachelor, Master and eight Doctorates, one honorary and seven earned, including a Doctor. of Literature and two PhDs. He has been in full time ministry for over fifty-seven years and has authored fifty-two books to date, many of which are being used as curriculum in Bible colleges around the United States and abroad.
He has also penned a number of gospel songs and recorded thirty-three albums as well as being actively involved in a school ministry to Northern Ireland in the United Kingdom for the past thirty-nine years, and Dr. Tharp has been honored twice by members of Parliament in Northern Ireland for their work in the Protestant and Catholic schools. He and his wife, Sharon, along with Maranda Howells, travel extensively across the USA and the whole of the British Isles holding evangelistic crusades in the churches of both countries.

You have subscribed to alerts for Dr. Martin G Tharp PhD.

Would you like to favorite Dr. Martin G Tharp PhD?

You have been added to Dr. Martin G Tharp PhD's favorite list.