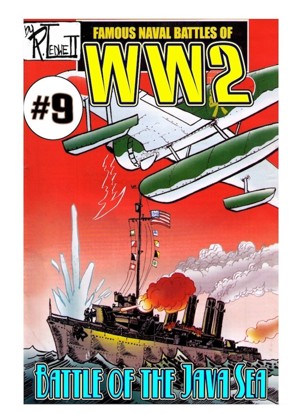 This fleet was comprised mainly of the remnants of the American Asiatic Fleet, The British Far East Fleet and The Dutch East Indies Fleet. Out-gunned and out-numbered from the start, this fleet, commanded by Dutch Admirals, had it been given proper air cover and better communications, might have stopped the Japanese expansion across the Pacific and avoided entirely the later Battle of the Coral Sea.