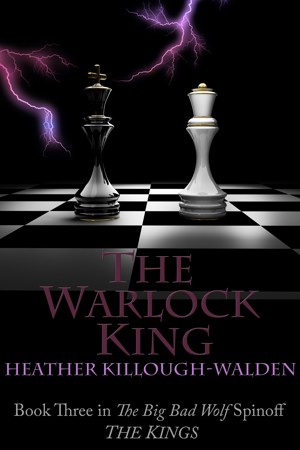 Book three in the Big Bad Wolf paranormal romance spinoff series, The Kings. More
“He was not only a warlock, he was a decidedly powerful warlock, a practiced and capable warlock, and a terribly smart warlock. If that wasn’t enough, he was the goddamned Warlock King.
Warlocks were a dark breed.
And Chloe was running from nothing short of the devil.”
– The Warlock King by Heather Killough-Walden

The Warlock King is book three in the wildly successful Big Bad Wolf spinoff series, The Kings – the continuation of the story of the 13 Kings, their desperate search for their fated queens, and the indomitable enemies who will stop at nothing to find them first.

Jason Alberich wears the crown of the sovereign of the warlocks, a dark breed that uses darker magic. He wears it well, skillfully wielding a power that would corrupt others. Yet he has paid the price for his control, bearing the scars of a time when his power had control over him. He is haunted by the regrets of a shady past and now lives each day and night with an isolated soul.

Chloe Septeran is an Akyri like no other. A member of a race that must depend upon warlocks for sustenance in exchange for servitude, Chloe runs from the dark magic users, choosing instead to live free of their hold. She has existed empty and “hungry,” but stubbornly free of the warlock’s dark embrace. However, now the fates have chosen to bring her running to a halt, as the 13 Kings each discover their queens – and the Warlock King discovers his.

A mighty power is awakening, wreaking havoc on the supernatural world. The 13 Kings, their queens, the werewolf nation, and the witch covens with their high leader, Lalura Chantelle, must band together and stand strong in the face of a dawning nightmare that threatens the very fabric of all they hold dear… and from which none may escape.

"Chloe knew the exact moment that she had taken him to his breaking point. The atmosphere in the room changed. A faint wind seemed to pick up out of nowhere. The fire in the hearth shifted into a host of black and blue flames that sparkled like magic dust and crackled like mad.
She looked up to meet Jason’s gaze.
One heartbeat, one tiny, single pulse between them told her everything. And it was all the time he gave her."
- The Warlock King, by Heather Killough-Walden

Heather Killough-Walden is a California native currently living in Texas with her husband and child. She is the New York Times and USA Today bestselling e-book author of the Big Bad Wolf series and the October Trilogy. Heather’s educational background includes religious studies, archaeology, and law. She has traveled all over the world but hopes to one day live in a town with a world-class hockey team. (Go, Pens!) Visit Heather’s Web site at www.killough-walden.com, where you can sign up for her newsletter. Also, be sure to keep in touch with her and other fans through her Facebook page!

Also in Series: The Kings 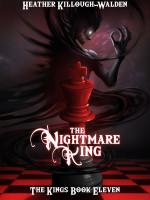 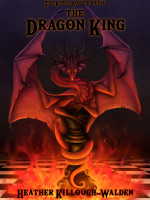 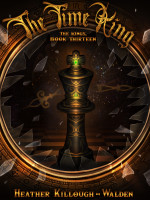 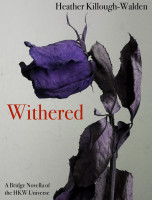 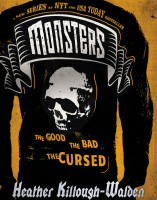 Another great read. Romance and action in spades.

(reviewed the day of purchase)
Vera Choy reviewed on April 4, 2013

I love this series. I wish it was longer.

I love Heather's books - I think the only thing I didn't like about this novel was that it was over before I was ready for it to be over! :))

You have subscribed to alerts for Heather Killough-Walden.

You have been added to Heather Killough-Walden's favorite list.

You can also sign-up to receive email notifications whenever Heather Killough-Walden releases a new book.