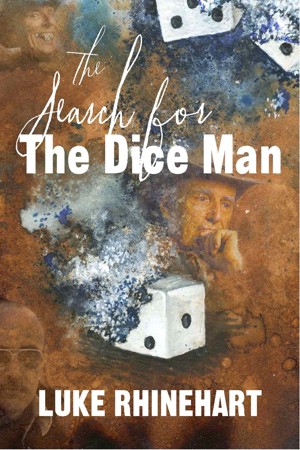 The Search for the Dice Man

By Luke Rhinehart
Young Larry is about to marry his boss's daughter when the FBI shows up wanting to arrest his notorious Diceman father Luke, whose existence Larry has tried to keep hidden. His carefully ordered world crumbles. He needs to find Luke before the FBI can. His search takes him to dice centers, to a new love, to rigging the stock market, to Luke--and to total comic chaos.

Luke Rhinehart is the sporadically acclaimed author of eight works of fiction: The Dice Man; The Search for the Dice Man; Whim; White Wind, Black Rider; The Book of the Die; Long Voyage Back; Jesus Invades George: An Alternative History: and Naked before the World, the last trying to be the first film based on one of his novels.
A BBC production once named The Dice Man “one of the fifty most influential books of the last half of the twentieth century,” but was careful not to define what that influence might be. The editors of Loaded Magazine, high on some superb grass, honored The Dice Man in 1999 by naming it “the Novel of the Century”. More recently the book has been cited by the London Telegraph (using only alcohol) as one of fifty great cult books of the last fifty years, and by the Toronto Star (stone sober) as one of the twenty great novels not yet made into a film.
Interest in Luke’s work has undergone a miraculous rebirth in the last several years and is now at an all-time high. The Dice Man has been published or republished in more than twenty-five countries and is now selling more copies throughout the world than at any time before. In addition, numerous plays, TV series, and documentaries have appeared in the last decade based on or about Luke’s work.
Luke lives sneakily in an old farmhouse in the Berkshires in upstate New York where neighbors know him as the old fart George Cockcroft.

You have subscribed to alerts for Luke Rhinehart.

You have been added to Luke Rhinehart's favorite list.

You can also sign-up to receive email notifications whenever Luke Rhinehart releases a new book.