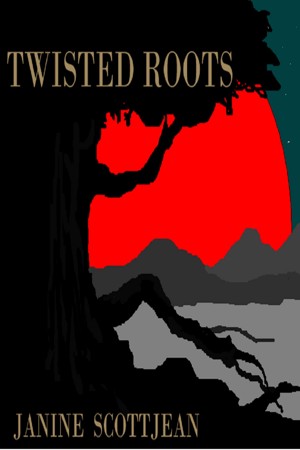 By Janine ScottJean
Chryse Sparrowgrove is a single mother, retired children’s advocate, and head case with one of the strongest powers on her world. Her problem is that she isn’t on her world and her power wants to go home—with or without her. More
Chryse is convinced she is losing her mind, but she is determined to hold on to sanity for the sake of her teen-aged children, Cory, and Cari; she is their only family. When the voices in her head offer concrete evidence that she isn’t where she is supposed to be, Chryse realizes she would be crazy not to follow their direction, and takes her children on a life-changing journey to another solar system where the term family holds new meaning.

On the planets of a twin-star solar system that has a nebulous connection with Earth and a closer kinship with the moon, the power of Matri is coveted, but worse than that, it's missing, and Baynd, a soul-sucking addict, is using every power he can steal to find it and claim it as his own.

Aside from writing, my other activities include tarot reading, flea markets and gardening...oh, and I am a chicken whisperer.

As a natural gardening fanatic, I let my stories take root in my mind as I play in the dirt.

Review
Therese Arkenberg reviewed on Sep. 10, 2013
(no rating)
This was a really promising story that I picked up because the main character interested me. However, despite its mostly sympathetic cast and very unique worldbuilding with a mixture of fantasy worlds, science-fictional other planets, and some strangely modern fixtures in the mix; I couldn't finish it. All the characters were nice enough people (or interesting enough), but I couldn't connect with them because the prose was often awkward and the POV was too distant. An omniscient, head-hopping, distant point of view works for some books, but I don't think there was any reason to use it in *this* one. Word choice is often inexact (in the 'modern' setting, teenagers are described as "jesting". Most teenagers I have met joke or goof around rather than jesting, even at Renaissance Faires).

There are also some downright weird sentences dropped in with no explanation, like: "Dogs had been outlawed on all planets by a majority poll-law from the planet Omona for vague reasoning that Pachrys’s dog was culpable for her disappearance." Am I supposed to laugh or take this seriously? The tone isn't clear enough for me to tell.

Lastly, there are several grammar errors, especially surrounding dialogue tags, that an editor or even a beta-reader might have caught.

This story had tons of potential as a novel, even groundbreaking, science-fantasy story with its epic plot spanning multiple planets. And with a single mom as a protagonist! But the awkward writing made it in the end, if not quite unreadable, still more trouble than it was worth to me. I have lots of other books competing for my time and attention. It's difficult for self-published writers, but a beta reader or an editor would have helped this story a lot. I hope the author someday writes another book (or even reworks this one) with more a more developed craft.

You have subscribed to alerts for Janine ScottJean.

You have been added to Janine ScottJean's favorite list.

You can also sign-up to receive email notifications whenever Janine ScottJean releases a new book.