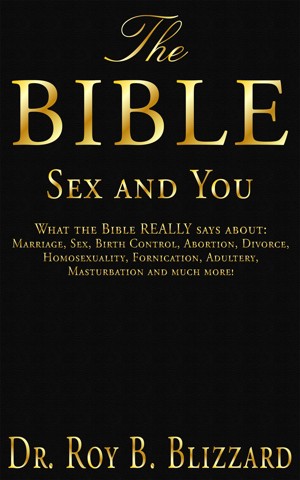 The Bible Sex and You

Dr. Blizzard has spent much of his time in Israel and the Middle East in study and research. He has hosted over 500 television programs about Israel and Judaism for various television networks and is a frequent television and radio guest. He is the author of numerous books and articles which can be found listed on the Bible Scholars Website, in the bookstore.

Dr. Blizzard is nationally certified as an educator in Marriage and Family relationships and human sexuality. He is a Diplomate with the American Board of Sexology and continues to conduct a private practice in the field of sex education and therapy.

Learn more about Roy B. Blizzard

You have subscribed to alerts for Roy B. Blizzard.

You have been added to Roy B. Blizzard's favorite list.

You can also sign-up to receive email notifications whenever Roy B. Blizzard releases a new book.