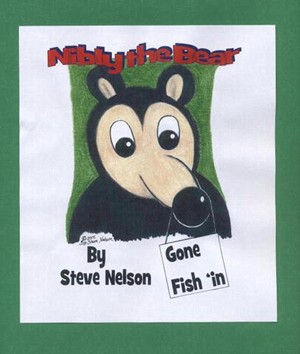 Nibly the Bear ~ Gone Fish 'in

Born in California while his Dad was in the Air Force, Steve Nelson is today a resident of North Ogden, Utah.
He has worked for over 30 years at Business Ownership and in the Handyman/Maintenance field & also delivery. He is a H.S. Graduate.

Steve has done many things in an attempt to make a decent income. Currently he drives a Very Dangerous 26' Box Truck, delivering Medical supplies, As Fast As Possible, and he writes eBooks!

Steve has always wanted to find something that might really make an income so he could take real good care for his family, something that could sell and make him a good income no matter where he and his family moved to. And so, one of his earliest books became a reality; the Action/Adventure Science Fiction eBook; The Maintenance Engineer.

The Maintenance Engineer was first published as a desktop paper version, with a lot of mistakes. In today's world, its nearly impossible for a new author to get published by a Real Legitimate publishing house, as there are a lot of 'Vanity" publishers out there willing to take your money and give you a lot of false promises.

However Steve did extensive research, just like he does for every book he writes, and he soon found Smashwords. Steve has found that Smashwords is a most helpful site. A place where you can publish, (as an eBook), your work for FREE! And they even have a nifty invention called the, "Meat Grinder," which is a computer system that examines your work and points out changes that you need to make, and lets you make all the changes that you need, to make your work look really outstanding. Since his association with Smashwords, Steve has also found it amazing that a lot of people are too Lazy to follow Mr. Coker's easy advice in the Smashwords publication, (the FREE) 'Style Guide,' so that they can easily make their work professional and sell-able. "Oh well," says Steve, "If they won't make their work look good, I certainly will!"

Also Steve has written several other books, and so, he began testing out the Smashwords system on all his creations.
Not being fully computer literate he found it pretty tough to get it right the first time out, but after several attempts, Steve finally got the Smashwords system figured out and, in no particular order, he began publishing his other works with Smashwords in rapid fire sequence!

In 2012 Steve published at Smashwords; ‘The Problem Eliminators!’ and ‘Escape from the ORDER!’ These two Action/Adventure somewhat Science Fiction eBooks are Great for Everyone!

And then Steve produced, (as a FREE Public Service), ‘100+ Quotable Quotes By & About Dr. Ron Paul~ A Real Amer-I-Can!’ This FREE eBook now has almost 2000 downloads.

Steve next tried his hand at children’s books. He wrote and published at Smashwords his first Children’s eBook; ‘Nibly the Bear~ Visits the People Town.’
You see, Steve had visited Canada and even lived there for a summer, and wanted to write about the quaint little town of Nelson BC, and so, he made up the character of Nibly, to introduce the town to his readers.

Sometime later a new idea entered Steve’s mind and he began research into a new book. New ideas really get Steve going! Many of Steve’s works are filled with lots of art & pics. Plus Steve does extensive research on each and every story that he produces. Steve has even produced models, and photographed them in fine Hollywood fashion for several of his eBooks here at Smashwords.

Then, in January of 2013, Steve published right here at Smashwords his next Science Fiction eBook; ‘In the 47th Generation.’ This eBook is based on a Real scientific paper by a Real MIT scientist.
The idea was simple, what would become of earth after all human life on the surface was killed off with the radiation and chemicals of 20th century man? What would earth look like after about 1000 years? What kinds of mutations might there be?

In February of 2013 Steve again visited the quaint little town of Nelson BC with his favorite Bear, Nibly. This time in; ‘Nibly the Bear~ Gone Fish ‘in,’ In this Fun Children's eBook, Steve produced even more art work and scenic pics of the area.

Then Steve produced another Freebee for helpful information to the general public; ‘The Deliberate Poisoning of Earth.’ Because Earth's poisoning of today is No accident! This FREE eBook may Shock You, and it should! (This eBook currently has almost 2000 downloads). *Also Steve is constantly improving his work, and from time to time he updates his eBooks for a better experience to the readers.

In 2015, Steve produced another Fantastic Science Fiction novel of incredible significance to the modern era. This eBook; ‘The Creator’s Sentinel,’ is much more than just a retelling of the Creation story; it’s an Action/Adventure, a Love story, and a story of New faith in a world gone mad with greed and corruption.
Steve sincerely hopes that all will enjoy; 'The Creator's Sentinel,' And Steve plans new adventures for NIBLY in the very near future, as well as other Fantastic works!

Oh, and by the way, some of those first eBooks that Steve published here at Smashwords, such as; ‘The Problem Eliminators!’ & 'Escape From The Order!' Have gone through some major upgrades recently and they are Steve’s top selling eBooks! As has been said, Steve upgrades and improves almost everything, all the time!

Steve likes to write stories so that they are easy for the reader to read. Steve doesn’t like boring and difficult stories himself. He likes to have fun and hopes that you do too!

***New in 2020 is his Action/Adventure, Historical Fiction full length novel; The First Civilization of Earth. Look for it here at Smashwords.

So buy an eBook Today! And Have a Real Nice Day!! 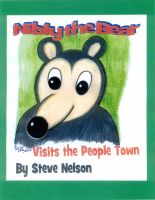 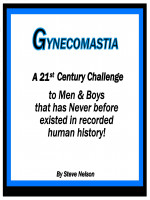 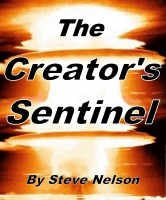 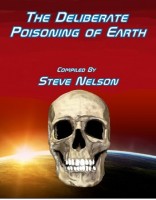 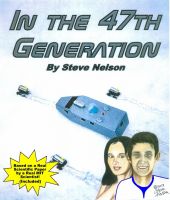 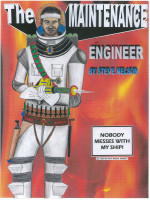 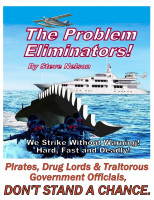 You have subscribed to alerts for Steve Nelson.

You have been added to Steve Nelson's favorite list.

You can also sign-up to receive email notifications whenever Steve Nelson releases a new book.