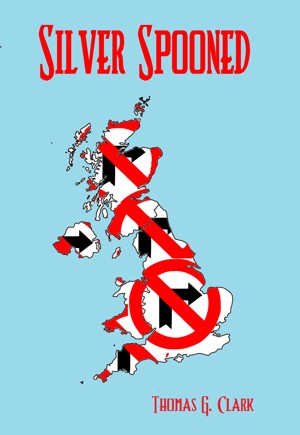 I began writing the blog "Another Angry Voice" in 2010 in order to express my opinions about current political, social and economic issues. I chose the name Another Angry Voice on the spur of the moment because I thought it sounded good at the time and I had to call it something. I don't believe it is a particularly acurate descriptor, given that I strive to to base my arguments on facts and analysis, and to include reliable sources, rather than simply writing emotionally fueled rants.

I particularly enjoy demolishing pathetic arguments. My book "Silver Spooned- Feeble Right-Wing Fallacies" is definitely worth checking out if you need some instant ammunition to comprehensively defeat an entrenched right-wing reactionary that is simply regurgitating the kind of asinine nonsense that they read in the Daily Mail, in lieu of actually engaging in political discourse. The next time you see someone blathering about how "the state is less efficient than the private sector", comparing the national debt to "a maxed out credit card" or deriding anyone to the left of Genghis Kahn as a "loonie leftie" you can refute their claims with good hard core facts and sound logic.

This book, to me, represents a well formulated foundation from which economic leftists and opponents of austerity can organize and base their objections around. I took a lot away from this book and feel better prepared to handle capitalist defenders of deregulation and libertarians. Even though I'm from the United States I can see that much of this book still applies here and has also provided added insight into the economic debate in Great Britain. Very worthwhile read and highly recommended.

'When it comes to criticising George Osborne it is very difficult to know where to start.' Any book that contains this line is already winning as far as I'm concerned. The whole thing is well researched, well written and deeply interesting. The explanations of fallacious reasoning are thoughtful and thorough and the examples are brilliantly chosen. The tone is occasionally a little hectoring, but the author is justifiably angered by a culture of falsehoods. A really great book - everyone should read it.

I recommend this book and I believe it's appeal is to a wide audience, not just to people who are politically against what they percieve as right wing policies.. It contains basic general analysis of what fallacious reasoning is. This book is extremely well written.

You have subscribed to alerts for Thomas Clark.

You have been added to Thomas Clark's favorite list.

You can also sign-up to receive email notifications whenever Thomas Clark releases a new book.